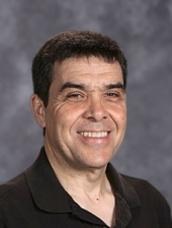 Carlos Brusel-Casals was born and raised in Barcelona, Spain. Mr. Brusel earned his MA in Spanish from Sacramento State University. While studying at Sacramento State University, he worked as a professor’s aid in the Department of Foreign Languages. He also worked in the same Department as an editor of the magazine “Explicación de Textos Literarios,” a monthly publication by the Department of Spanish at Sacramento State. In 1998 he was hired at Jesuit and has taught all levels of Spanish, from Spanish 1 to Spanish 4AP. He was also a soccer coach at Jesuit for two years and has been a member of the FC Barcelona soccer club since 1982.