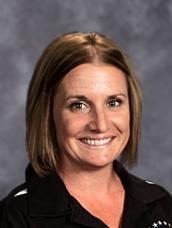 Ms. Leah C. Heine has served as the Director of Choral Music at Jesuit High School since 2005.  Ms. Heine’s studies include a broad musical curriculum – piano performance, music theory, music history, choral conducting and music pedagogy. She has also performed in a wide variety of ensembles, both instrumental and choral.

In addition to playing the piano and singing Ms. Heine plays percussion and trombone. While in school she served as the alto section leader for the SDSU Concert Choir under her mentor, Dr. Frank Almond, and as the rehearsal conductor for the SDSU Opera Theater under director Kelly Evans-O’Connor. After graduating Ms. Heine toured and performed with the Sacramento Choral Society in historic St. Stephen’s Cathedral in Vienna, Smetana Hall in Prague, as well as other venues throughout Central Europe. Since beginning her work at Jesuit, Ms. Heine has worked diligently to help the program grow. In 2006 Ms. Heine founded the JHS Chamber Singers and introduced AP Music Theory into the Jesuit curriculum. She continues to teach Music Theory along with Men’s Chorus and Concert Choir.