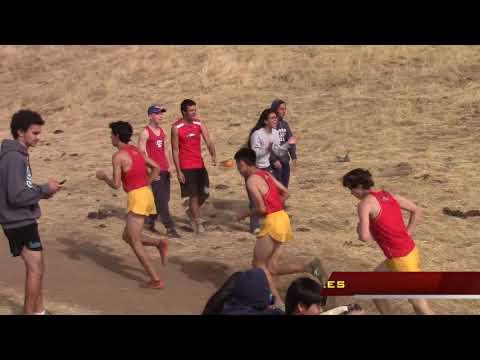 The depth of the Jesuit Cross Country teams was on display Saturday at the SJS Subsection meet at Frogtown as they qualified the most athletes to the Section Championships in over a decade. All four teams, Varsity, JV, Sophomore and Freshmen, along with 3 individuals in the freshman race and 4 individuals in the JV race qualified for the Section Championships at Willow Hill next Saturday.

The varsity squad implemented pack running to ensure a bid to the section meet. Junior Matt Strangio won the race in 16:17, a step ahead of senior Colin Ryan who took second. Senior Antonio Vargas was 7th in 16:26 while junior Chase Gordon, senior Anthony Rogado and senior Miles Worthen came in 10th, 11th and 12th to secure the victory. The Marauders won with 31 points over Davis, who had 103, and Pleasant Grove, who scored 155.

The SJS Championships will be held November 10th at Willow Hill in Folsom where the four squads will battle for section and individual titles and the varsity team will be looking to place in the top 3 teams to earn a bid to the State Championships.