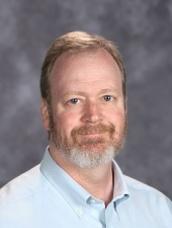 “Fate often saves an undoomed man if his courage is good.” Or so I have learned. I graduated from Jesuit High School in 1983, grateful to my teachers, coaches, and schoolmates for all they had taught me and for the care they had shown me but eager to move on to the next phase of my education. Still, I maintained contact with a number of my former teachers, among them my Latin teacher Fr. John Kelly, SJ, who would often suggest that I might one day teach at Jesuit, something I did not initially consider seriously. Perhaps for this reason, my return to the land of the Marauders was incremental. In 1994, I accepted an offer to assist in coaching shot put and discus and then to teach summer school. For the next four years, while enrolled in the graduate English program at UC Davis, I coached and taught part-time during the school year and summer until I took a full-time position in the Jesuit English Department in 1998. In that time, it has been my honor to teach critical thinking and expression skills through the study of language, literature, and composition to succeeding classes of bright and (mostly) enthusiastic students and to work with generous and extremely talented colleagues, many of whom were my schoolmates, coaches, teachers, and—increasingly—students.