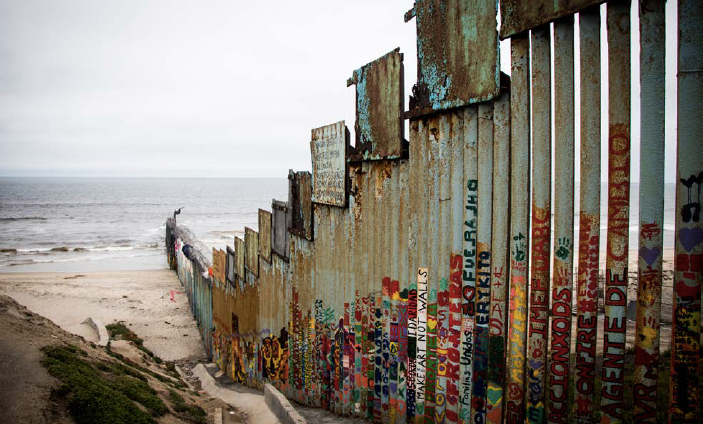 People enter a white-washed adobe church; music floats through the air. From within the church, the priest says to the congregation, “Peace be with you.”  Adjacent to the church is a metal and concrete fence that pierces the land and stretches into a rugged hill beyond.

This is the scene witnessed by rising Jesuit Seniors who participate in their Christian Service immersion with the Kino Border Initiative at the Arizona-Mexico border. The program is a fulfillment of the important Jesuit missions of education and social justice, which Rev. Peter-Hans Kolvenbach, S.J., 29th Superior General of the Society of Jesus, poignantly summarized in an address at Santa Clara University in 2000.

“Students, in the course of their formation, must let the gritty reality of this world into their lives, so they can learn to feel it, think about it critically, respond to its suffering and engage it constructively,” Fr. Kolvenbach said. “They should learn to perceive, think, judge, choose and act for the rights of others, especially the disadvantaged and the oppressed.”

Jesuit High School President, Rev. John P. McGarry, S.J., agrees. “The goal of a Jesuit education in the 21st century is that our students become people for and with others, and leaders and agents of change for good in the world,” McGarry said. “We prioritize service so that our students can integrate their learning through encounters with other people.” 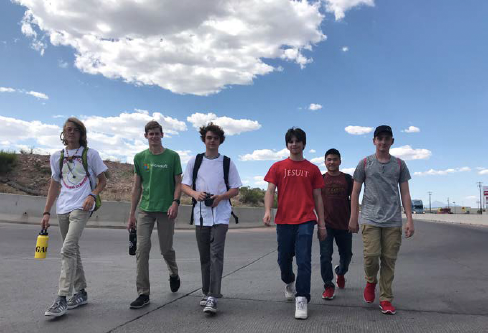 Through the Kino Border Initiative, Jesuit students directly engage in humanitarian opportunities with migrants, where they learn about some of the issues surrounding the complex topic of immigration. Based on the stories shared by students upon their return, the trip is successfully fulfilling the Jesuit mission and making a lasting impression. “I was sharing a conversation with a migrant named Daniel—not small talk, but asking him about his life experiences and sharing my own,” said Jesuit student Antonio Vallejo ’19, who participated in a Kino trip. “Toward the end of our conversation, I complimented him on the rosary he was wearing, telling him how beautiful it was and that he should keep it safe. Without hesitation, he took it off and gave it to me.” Deeply moved by this man’s generosity in the midst of his own vulnerability, Vallejo graciously accepted the gift and said he promised to pray for Daniel.

“The migrants were like my family while I was there, not just a random group. the trip taught me that we should focus on bringing justice to the border and doing god’s work.”
—Antonio Vallejo ’19

According to many students who have participated in Kino immersions, the trip has become all the more poignant and impactful considering how much the immigration issue has been grabbing U.S. news headlines. “After hearing countless stories from migrants, U.S. residents living along the border, Border Patrol agents, humanitarian workers, and members of the judicial branch, it is understandable why immigration is such a complex issue to address,” said Vallejo. In reflecting on their time with Kino, the recently graduated Vallejo summarized his experience by quoting a passage from the book, “Tattoos on the Heart,” by Rev. Greg Boyle, S.J. “There is no us and them,” he said, “just us.”