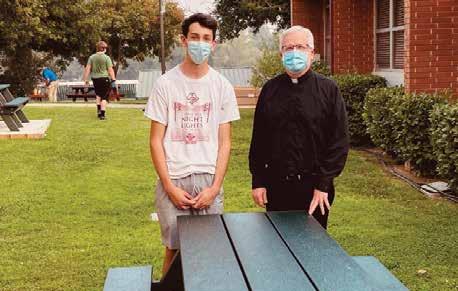 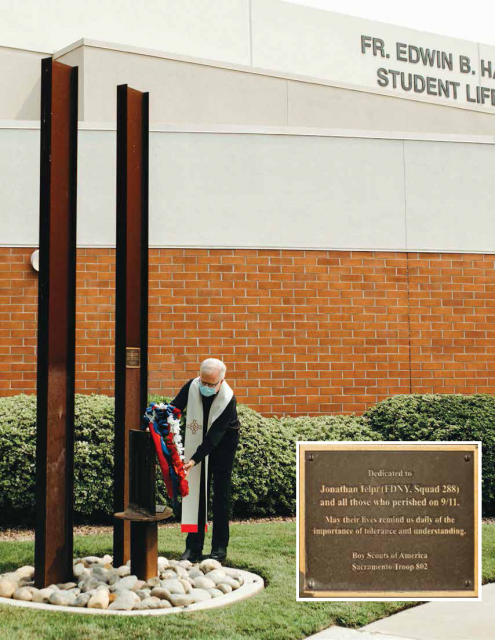 The Boy Scouts of America (BSA) is one of the nation’s largest youth development organizations committed to providing programs that build character, leadership skills, and personal fitness. At Jesuit, Boy Scouts have had an instrumental impact on campus; many Marauders have proudly worn the Scout uniform, including Rev. John P. McGarry, S.J., President, who is an Eagle Scout with Bronze and Gold Palms and is a member of the Order of the Arrow, as well. The Order of the Arrow is the National Honor Society of the BSA, composed of Scouts who best exemplify the Scout Oath and Law in their daily lives as elected by their peers. After achieving the rank of Eagle, Scouts may continue to be involved and earn Palms—bronze, gold and silver.

These young Jesuit men displayed their character-building experiences inside the classroom and in their community while here at 1200 Jacob Lane and will carry them forward in their lives.

“In 2010, Baylor University conducted a study of what makes an Eagle Scout special. In their 74-page report, they found that Eagle Scouts excel in many more areas of their lives when compared to other scouts and non-scouters. Most of those qualities are the same qualities that Jesuit Sacramento means when we say ‘Grad at Grad’ or ‘Men and Women for Others.’

“I am not surprised that so many of our students and alumni are Eagle Scouts. The goals of being both naturally compliment each other,” said Bernie Bernardi, Jesuit Faculty and Path to Eagle Scout club moderator.

With only five percent of Boy Scouts sticking it out to become an Eagle, the program selects leaders who are passionate and hardworking. Eagle Scouts are expected to be leaders in their communities because their work ethic and leadership set the bar for fellow Boy Scouts and peers. As students progress through their high school years here at Jesuit, leadership qualities become increasingly important in the academic setting.

Marauders have had a huge impact on their respective communities, and their hard work hasn’t gone unnoticed. Their Eagle projects also leave a lasting impact on the community they serve. Fr. McGarry shared that “for my Eagle Scout project, with the help of my fellow Scouts, I renovated a hiking trail in the Angeles National Forest. The project was a great experience of leading and serving with other Scouts, and giving back to an area where we did a lot of backpacking and camping.” Some of the other projects include:

• For his Eagle project, Alex Aprea ‘15, with the support of his family, presented Jesuit with the 9/11 memorial that stands watch silently as you enter our school campus near the Harris Center. The memorial is made from girders from one of the World Trade Towers. Jesuit holds a 9/11 tribute each year.

• Over the summer, Ronan Brothers ‘21, completed his project to provide additional outdoor lunch area seating with the addition of new picnic tables, each dedicated to the memory of a Marauder, including Coach Hall, the father of his childhood friend and fellow senior, Jake Hall ‘21. “It was nice to do something for my school, and give back to the community that has given so much to me and my family. It honors those we have cared for and will be a lasting piece to keep their memory alive on campus,” said Brothers.