Robert Paylor ’15 once described his role on the rugby pitch by saying “I’m a big guy… I push people. This is what I do. I move people that don’t want to be moved.” While the venue has changed, his role is the same. Paylor moves people.

Robert Paylor is one of the most inspiring young men you will ever meet! He is warm-hearted, resilient, courageous, and full of life! He is a role model for all of us. Robert is a true “Man for Others” and it is a privilege for Jesuit High School to honor him as a cherished and distinguished alumnus. God bless you, Robert, and thank you. —Rev. John P. McGarry, S.J., President

There are times in our lives where a decision or event alters the trajectory of the path we’ve chosen. This decision or event becomes a point at the intersection of faith, trust, and resilience; a moment when God shows us our true purpose. For Paylor, that moment came on May 6 , 2017 in the Collegiate Rugby National Championship. It was the pinnacle for an athlete who had dedicated years of his life training at Jesuit and Cal for that game. The Golden Bears went on to win 43-13, but that’s not the story being told today. 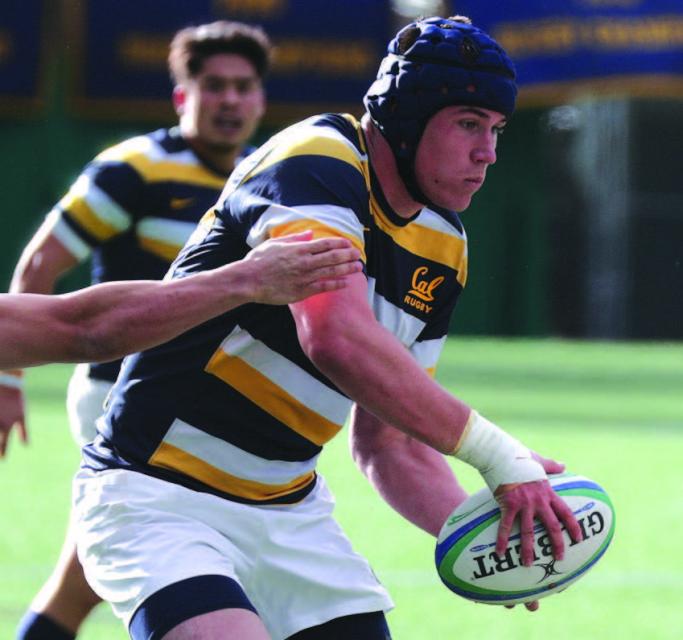 On May 6, 2017 Paylor became a national champion. On that same day—and in that same moment—he also broke his neck and was paralyzed from the neck down. It’s hard to imagine a moment more terrifying than lying on the field unable to move, and yet, Paylor calls that moment “a gift.” It was an opportunity to use his faith, resilience, and the love and support of friends, family, and complete strangers to find his purpose. “Life lived for others is a life of purpose and living for others has given so much purpose to my life. It’s made it to where breaking my neck is a gift,” Paylor said.

Paylor has always used his many God-given talents to excel at Jesuit. He was the captain of the football and rugby teams as a senior, a Kairos leader, and the school’s first student band director. When doctors told him he would never walk or use his hands again, Paylor faced a challenge, but turned it into an opportunity to excel. 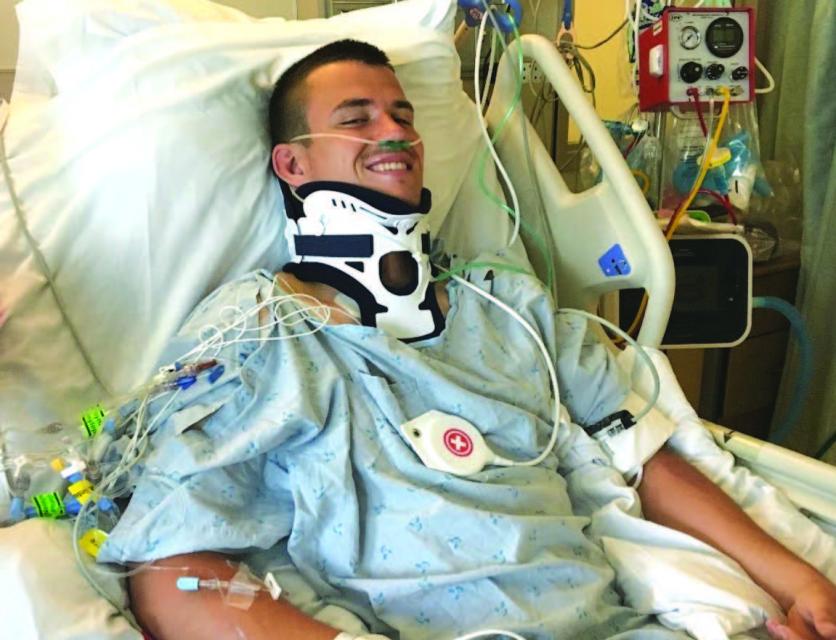 “Because I didn’t admit defeat, I had hope, and hope is so powerful,” Paylor said. He relied on his faith to push through the hardest days. “If I didn’t have my faith, I would’ve had nothing. When I was weak, I was able to lean on God, and He carried me through all these challenges. I believe God has a plan for us, and that plan is good.”

Over the last four years, Paylor has done more than excel. In fact, his accomplishments are nothing short of miraculous. Not only can Paylor move his hands, but he can stand up and walk on his own. He’s graduated from the prestigious Haas School of Business at UC Berkeley and gave a commencement speech for Cal Athletes. 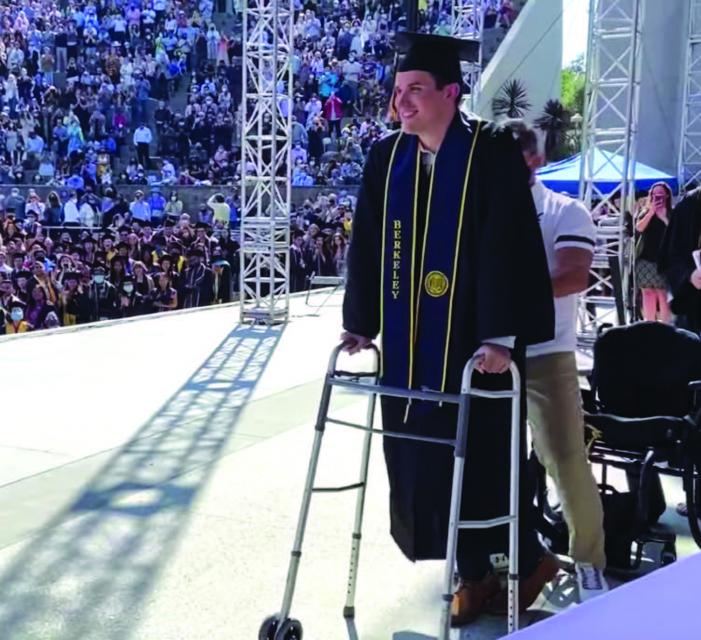 We look forward to many more years of Paylor inspiring others and helping us all to find our greater purpose.