Traditions Continue Amidst Restrictions Fall Drama, “Show. (And Tell.)
Items from the Museum of Lost Things” 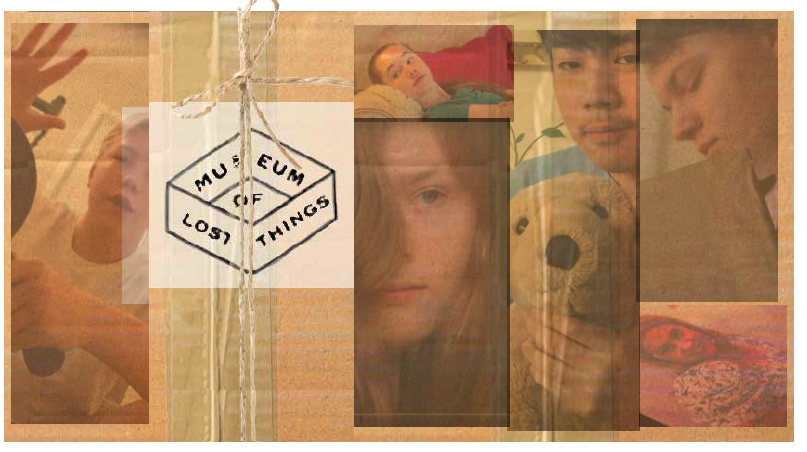 Never one to see the lights go out on a production, the Jesuit Drama Fall 2020 original play adapted to become virtual. “Show. (And Tell): Items from the Museum of Lost Things” premiered in November, keeping alive the 50-plus year tradition of actors from Jesuit and St. Francis High Schools coming together “on stage.”

An original play composed of student-written and filmed monologues, “The Museum of Lost Things” was drafted, edited, workshopped, rehearsed, performed, and filmed all remotely
and then premiered for public viewing on YouTube.

Directed by Jesuit Drama Artistic Director Ed Trafton ’84, the play was about important things or memories in the cast members’ lives. Students selected an object of their choice and crafted a solo monologue based on whatever emerged from their thoughts.

“Ultimately, we saw this as an opportunity for Jesuit Drama students and staff to pivot, adapt, create, connect and reach out in a new (meaningful) way,” Trafton said. While he was confident about the upcoming production, working outside the Black Box theatre proved to be difficult for some.

Hayden Morrison ’23 noticed a sharp contrast between this year’s play and last year’s never-performed spring musical, which was canceled due to the pandemic. “Well, for the spring 2020 musical, it was really fun getting to know everyone (during in-person rehearsals) because I did not know anyone there before we started,” Hayden said. “It was an excellent experience. There was a nice bond between all of us. By the end, we kind of felt like a family, and now (only using Zoom), we are just so separated. It’s a lot different.”

When it comes to the play itself, William Lee ’22 believes its overall message was impactful for the audience at its core.

“[The play itself is] something very emotional,” William said. “It may not relate to every single person, but I think it will help people remember that there are still important things in our lives that we can still be extremely thankful for.”

In an age where school events are limited, students had something to look forward to in Jesuit Drama’s production. In the end, the experience, even via a computer, was rewarding.

“I am so grateful for my experience with this show. Even though we never saw each other in person, I still felt like I got to know all my castmates and had the Black Box experience. I loved taking a different approach to writing a play that turned into something better than anyone imagined,” said Greta Crumley ’23, a cast member from St. Francis High School. ν