Your Most Memorable Sports Moment Playing for Jesuit… 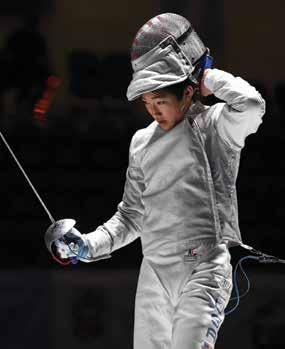 “At every step, the generosity of the people around me gave me the chance to succeed. I started fencing because my mom found an old coupon for a free lesson when she was cleaning out her cabinets. Later, Nick No and his little brother Jacob (’21) moved to my school. They fenced at a different club. Their mom begged my mom to have me switch clubs. I didn’t want to move, but they made me, and as a result, I met my amazing coaches who developed me into who I am as an athlete and a person. In middle school, my growth continued when my mom’s high school friend introduced us to coaches in Korea. I then had the opportunity to train during summers with great international coaches, athletes, and even Olympians. My teachers at Jesuit have always been supportive and helped me learn, even when I’m absent for tournaments abroad. To everyone who has supported me throughout the years, thank you!” 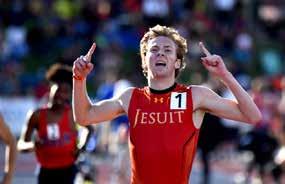 “…was my sophomore year when I won my first state championship in the 3200.” 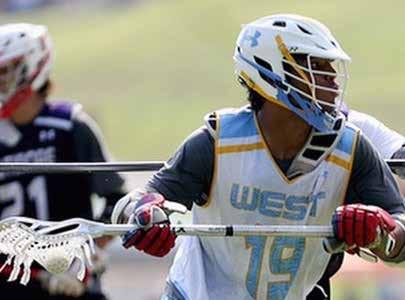 “…has always been the times when I was able to set foot on the field with my older brother Jordan.”

“…was breaking the course record for men’s youth 4+ at Head Of The Charles in Boston. We started in a 2nd place position from a staggered start and closed the gap with each stroke we took. Our overall time was the fastest youth 4 to have ever gone through the course.”

“…was when we won the Delta League my Sophomore year with Coach Salais.”

“…was as a sophomore playing in the section semi-finals against Franklin, who had swept us in the regular season. We were up 1-0 in the most intense game of my life. My best friend, Tonko, had pitched a shutout the first six innings and Coach Susac called on me to close the last inning. As I walked to the mound their entire team and fans were making a ton of noise and I was very nervous. But when I threw my first pitch, it felt as if I couldn’t hear anything but my own thoughts. I ended the game and my teammates all ran and celebrated together. No words could describe this feeling to me.” 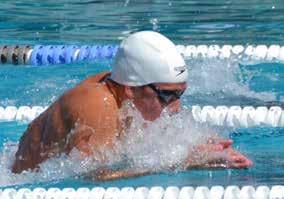 “…was when we won high school sections during my Sophomore year. No one thought we could. However, our team came through, and everyone jumped in the pool to celebrate, including the coaches with all their clothes on! It was a memory I will never forget!”

“…was winning the JV Nor-Cal State Championship my sophomore year. Though it doesn’t have the same prestige as winning a national championship, it was the first time I realized what the Jesuit program was really about. We were a team of undersized kids, and our opponents were HUGE, but we had the skills and teamwork to beat them. Lifting that trophy just felt the best.” 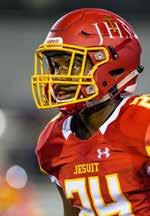 “…was the last regular season game my senior year, when we played Pleasant Grove. Coach Blanton told the team we were guaranteed a spot in the playoffs, but we would be playing not just for a ranking, but also to send a message to the other teams that we are a group not to be taken lightly. We went out the next day and dominated, putting up 21 points in the first quarter alone. It was memorable because we showed flashes of our full potential and just how good we could be as a team—and that was great to be part of.”

“…was playing doubles with Conor Newman last year at Individuals. We were down three match points in the semifinals against Davis. We pulled out the win after a 20-something ball rally. Being able to win such a close match meant a lot, and with one of my Jesuit brothers, is something I will cherish for a long time.” 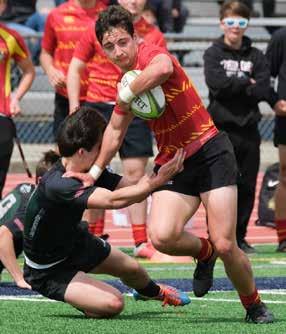 “…was winning the Rugby National Championship this year in Salt Lake City.”

“…was beating Elk Grove my Junior year and winning the Delta League Championship.”

“…was in the playoffs last year. It was pouring rain at halftime. Cold and raining, we all got into a huddle and did the “Triple J” cheer to set the tone for the second half.” 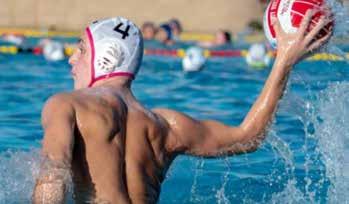 “…was winning the CIF championship my sophomore year. It was a great feeling and the first time I had won such an important game with my team.”

“…was the whole junior year of baseball. It was the most fun I have had on a baseball field.”