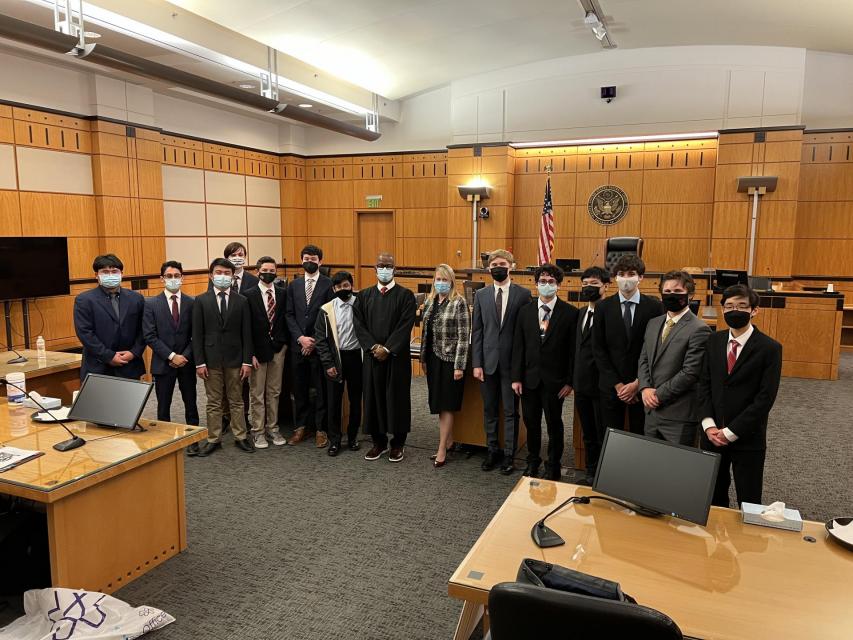 JHS Mock Trial looks to make its mark in the annual Sacramento County Office of Education Tournament. After two rounds, the Marauders are well positioned to qualify for the quarter-finals.

In the first round, JHS Prosecution split the scoring ballots evenly with Laguna Creek HS, 1.5 each. However, with strong performances from Reece Camacho who earned the distinction of Round 1 MVP, and Ryder Spradlin who recorded a perfect 20/20, JHS scored more total points which are decisive when determining tie break scenarios. JHS Prosecution earned more total points than any other Prosecution side in Sacramento County, and so was power ranked with a formidable round two opponent, last year’s Champion, Rio Americano HS.

In the second round, JHS Defense narrowly missed its opportunity to even score against Rio, as they did not manage to convince enough of the scoring judges they were the stronger side. JHS Defense put forth its strongest performance over the past two years, and because scoring differential weighs heavily in this tournament, their narrow defeat will pay dividends in the near future. Team Captain Alonso Lee earned the distinction of Round 2 MVP with his skillfully delivered Pretrial motion. One scoring judge found Mr. Lee ‘poised’ and another was impressed with his mastery of the law.

The Marauders have two additional preliminary rounds on February 17 and March 2 before pairings for the playoffs are set.