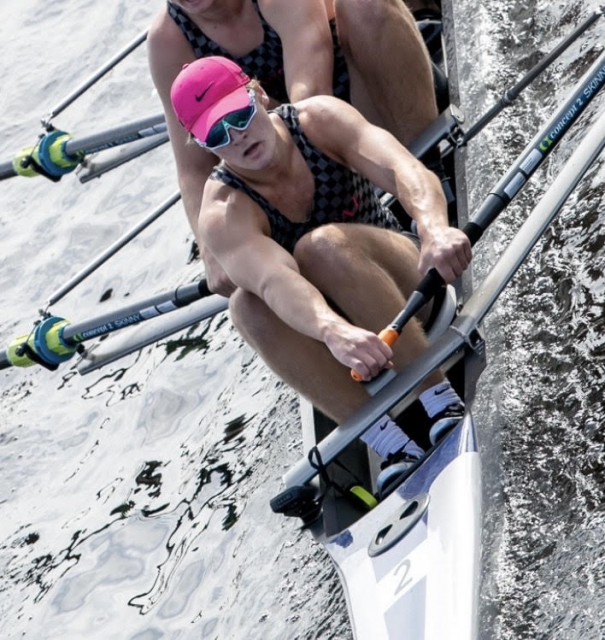 Rowing is one of the oldest collegiate sports and has been a part of almost every Olympic Games. The first American regatta, or rowing race, took place in 1762 and now crew athletes compete in races held all over the country.

Rowing is typically not a high-school sponsored sport, which is why there is no Jesuit High School Sacramento Crew team. Instead, athletes that row join local rowing clubs for practice and competition. Sacramento, fortunately, is an ideal location for crew with several bodies of water that afford athletes the opportunity to join a local team.

There are numerous Marauders on campus who are rowers. Louis Gallia ’20 has been a rower at Capital Crew since his sophomore year and will be going to the University of Washington for rowing next year.

“After my first week rowing, I was hooked,” Louis said. “I love the teamwork, discipline, and brotherhood it takes to be successful. What I love about rowing is that however hard you work during the preseason determines how successful you will be during the season.”

Rowing regattas happen all throughout the year with many different events. In some cases, crews travel across the country to row in a race. Andrew Condrin ’21, who has been rowing since freshman year at Capital Crew, enjoys crew because of these thrilling races.

“I like the competition and intensity involved in races against other rivaling crews,” Andrew said. “Rowing regattas have their own type of unique culture which I think is pretty awesome.”

While being known as challenging and intense, rowing is rewarding.

“[What] I enjoy most about crew is the competitiveness and the camaraderie,” said Aran Clayton ’22. “Rowing is a huge commitment and there is very little time to hang out with people outside of practice, so we become very close as a team. Also, we are always competing and pushing each other to be the best we can be, and I love being a part of that culture.”

Crew tends to be a no-cut sport, with opportunities for athletes to learn, grow and challenge themselves physically and mentally.