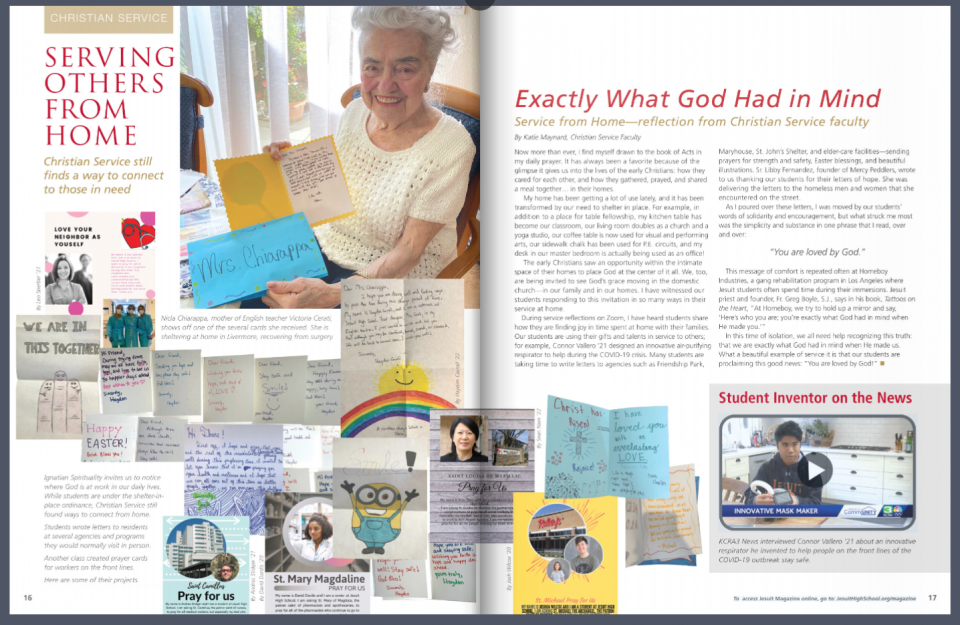 “Students, in the course of their formation, must let the gritty reality of this world into their lives, so they can learn to feel it, think about it critically, respond to its suffering and engage it constructively. They should learn to perceive, think, judge, choose and act for the rights of others, especially the disadvantaged and the oppressed. . . .

“[T]he measure of Jesuit [schools] is not what our students do but who they become and the adult Christian responsibility they will exercise in future towards their neighbor and their world. For now, the activities they engage in, even with much good effect, are for their formation. This does not make the [school] a training camp for social activists. Rather, the students need close involvement with the poor and the marginal now, in order to learn about reality and become adults of solidarity in the future.”

The Office of Service and Justice at Jesuit High School recognizes and affirms the good work of the following students, each of whom, even under this year’s unusual circumstances, completed more than twice the amount of service required for his grade level.

Magis is a Latin word meaning “more” or “greater.” In the world of Ignatian spirituality, the notion of the magis is connected to going deeper in response to experiences of God’s love in our lives. All students can pursue the magis simply through their minimum service requirement.

We recognize here those students who, through the external marker of completing more than twice what is required of them in service, have indicated a deep commitment to and love for their vulnerable neighbors in the Sacramento region and elsewhere.