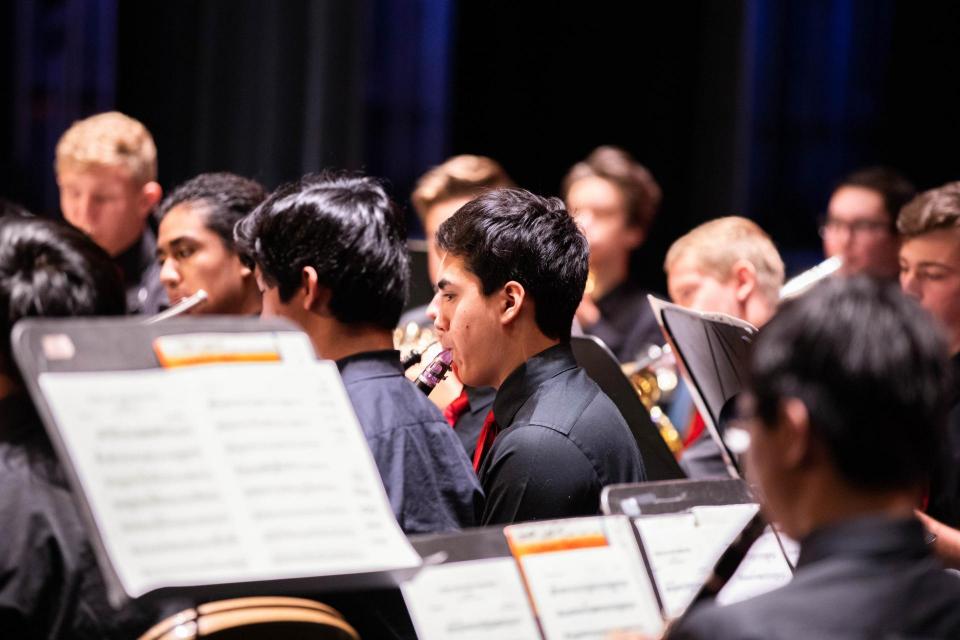 This band is made up of the majority of band students at Jesuit High School. Students should have a solid command of their instrument, be able to play several major and minor scales, and have established proper playing technique.

Personal Accountability is a key value in this course and students will be asked to perform passages solo in front of their peers.In concert band, students study standard literature from the 19th and early 20th centuries as well as contemporary selections.Intonation, dynamics, articulation, rhythmic accuracy and musical interpretation are emphasized and refined.  Students will continue to develop independent practice habits while preparing for multiple required performances, including winter and spring concerts. Students are expected to participate in all appearances by the band, including performances of the Marauder Band.