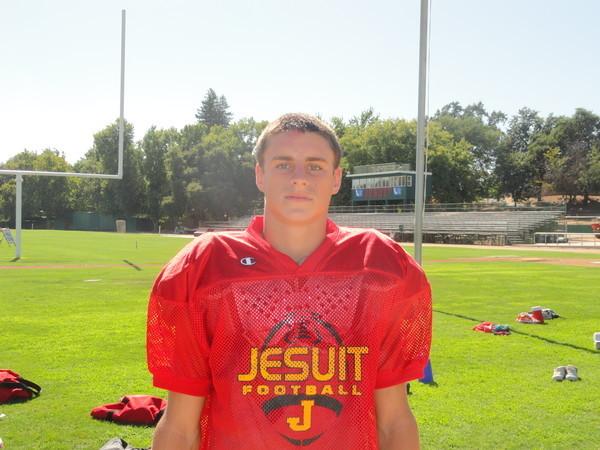 From the Carmichael Patch
By Victor Calderon

Jesuit’s varsity football team has a storied history of being one of the top programs in the area under longtime coach Dan Carmazzi but is looking to a return to winning form after falling below .500 last season.

The Marauders were 4-6 last year and the goal this season is playoffs or bust.

“The kids realize we have one of the toughest leagues around,” Carmazzi said, referencing Top-25 teams on the schedule Pleasant Grove and Folsom. Another big game is the Sept. 17 Holy Bowl against Christian Brothers at Sacramento City College.

“We hope to get into the playoffs and compete for a league title,” Carmazzi said. “Every year is a new start.”

“So far we’re looking pretty good,” Sperbeck said. “With Pleasant Grove, you have to study them a lot and pay attention to their defenses. We’ll be ready.”

Senior linebacker Nathan Zielke says the team is looking for opportunities to show they can hang with the big boys.

“We’re not the biggest team but we have a lot of guys with heart and speed,” Zielke said. “Our goal is not to be intimidated by the rankings.”