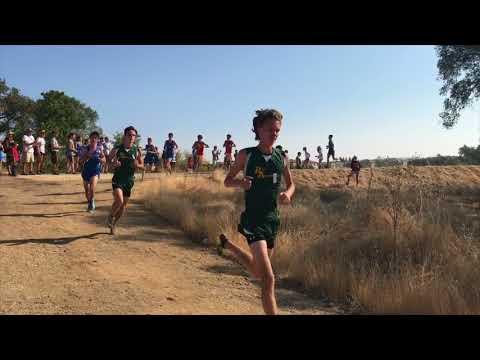 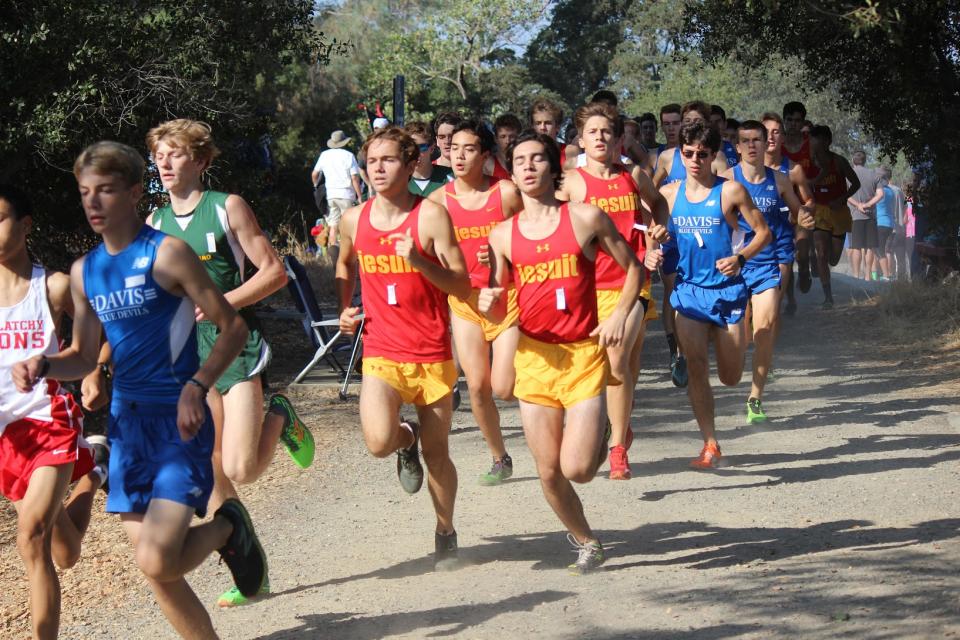 Jesuit hosted a way meet featuring highly ranked section teams Davis, McClatchy, Rio Americano, and Inderkum.  The boys race, combining both Frosh/Soph and Varsity divisions, numbered over 200 runners.  The senior trio from CK McClatchy took the race out fast with their top three runners gapping the field in the first quarter mile with a large pack of Jesuit, Davis, and Rio Americano runners taking chase.  The strategy paid off for the Lions as they finished 1, 2, and 4 with their 4th and 5th runners finishing 20th and 24th, far enough up for them to claim the team title.  The Marauders once again relied on pack running as they finished with only a 16 second spread separating the scoring 5 runners.  This time Junior Colin Ryan was the first Jesuit runner in, finishing 7th (11:25), followed by Junior Miles Worthen (10th – 11:34), Senior Jordan Rahe (11th – 11:36), Juniors Gabe Lovely (14th – 11:39) and Todd Russell (16th – 11:41).  Juniors Seamus Caslin (18th – 11:42) and Colin Brannan (19th – 11:46) rounded out the top 7 for Jesuit.  Despite their depth in the 4th thru 7th position, the Marauders were unable to overcome MClatchy’s up front trio as well as Davis who also place three runners in the top 9.