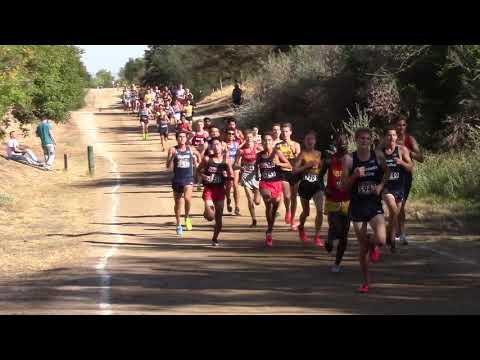 A short-handed varsity squad proved it could run with the top programs in the state even without three of the top five usual scorers on Saturday at Woodward Park in Fresno, the site of the California State Meet. Senior Colin Ryan again led the squad by breaking 16 minutes for the first time on a 5K course, running 15:48 for 36th place. Junior Chase Gordon nearly matched the feat in 16:01 in 51st. Senior Gabe Lovely took 75th in 16:17, Senior Colin Brannan ran 16:34 in 102nd and senior Miles Worthen finished 130th in 16:50. Senior Seamus Caslin ran 17:00 in 143rd and junior Connor King raced with the varsity squad for the first time in 17:21 in 161st. The team finished 15th in the highly competitive field that was won by Great Oak of Temecula.

The full squad competes together at the Bronco Invitational in Rocklin on Saturday October 13th.