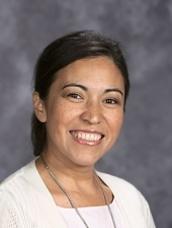 Alma Veronica Morales-Dickenson received her BA as Teacher of English as a Foreign Language with a minor in French from the Autonomous State University of Oaxaca “Benito Juarez” and obtained her MA in Spanish Literature from CSUS. She has lived and studied in Vancouver, Canada and Oaxaca, Mexico. She has learned English, French, Italian and Japanese as foreign languages. Ms. Morales had the opportunity to teach at Loretto High School for 5 years. She taught the AP Spanish there as well as the Spanish 3 classes. Part of her teaching career includes having taught at the University of Oaxaca “Benito Juarez” for several years before moving to Sacramento California. In Oaxaca, Ms. Morales taught English as a foreign language to graduate students. Ms. Morales has been teaching Spanish at Jesuit High School since 2009 and currently teaches intermediate and advanced Spanish.