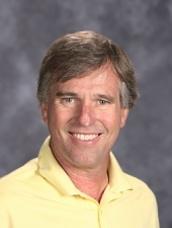 About the Daily Schedule

Since we first announced our adapted bell schedule in early July, we received the feedback we had hoped for and have made some revisions.