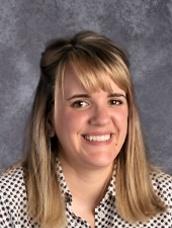 Rocklin native Katherine Madden holds a Ph.D. in Critical Studies from the School of Cinematic Arts at the University of Southern California. Her dissertation, Father, Son, and the Holy Dollar: Rebuilding the American Dream in Post-Recessionary Reality Television and Mommy Blogging, studies the ideological framework of Christianity and parenting in reality television and video blogs following the Great Recession of 2008. She also holds an M.A. in Critical Studies from the University of Southern California and a B.A. in Film and Media Studies with a minor in Education from the University of California at Irvine.

Dr. Madden joined the Jesuit High School faculty in 2016, and teaches Digital Photography, Digital Filmmaking, and Art of Film. In her spare time, she enjoys cooking, photography, and most of all, spending time with her husband, two sons, parents, and her three older brothers and their families.