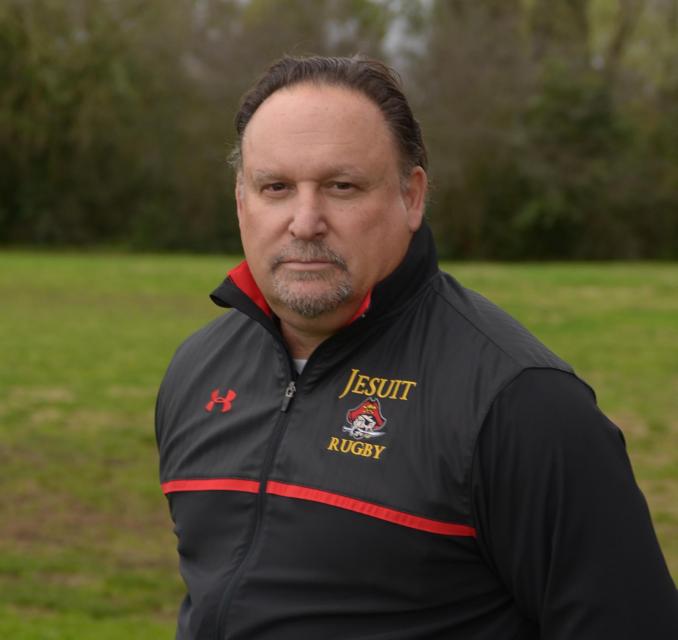 Coach Shorey has been a member of the Jesuit coaching staff and head varsity rugby coach since 1997. Also, from 2011-2013, John has been a coach for the University of California-Davis.

John received his Bachelor of Arts degree in architecture from U.C. Davis in 1989, where he competed in both football and rugby from 1985-1989. After graduation, Coach Shorey continued to compete in rugby as a member of the Sacramento Rugby Club from 1989-2010, and the Cal Bald Eagles International Rugby Touring Team 2000-2010.

Coach Shorey has developed his coaching expertise by advancing through the USA Rugby Coaching Levels 1-3. He has helped guide Jesuit High School to many U.S. National #1 rankings and has helped send more rugby players to the U.S. National Team than any other high school program.

John shares his coaching philosophy that Jesuit Rugby is a no-cut team. We want our players to give us their best effort at full speed. All players will play in games; nobody is more important than the team.

Coach Shorey shares that one of his greatest coaching moments is beating Highland in 1999 in the semi-final game in Utah. That game launched Jesuit Rugby into the final game and its first National Championship.

Back
This item appears in:
Press Release October 28, 2019 John Shorey

Jesuit High School’s Athletic Department announced today that Rugby Head Coach John Shorey would be stepping down after a storied 23-year tenure with the Marauders.

Shorey has been a fixture with Marauder Rugby since the 1990’s when Fred Khasigian, who led the charge to form Jesuit’s rugby program, asked Shorey to step in and coach for one year.