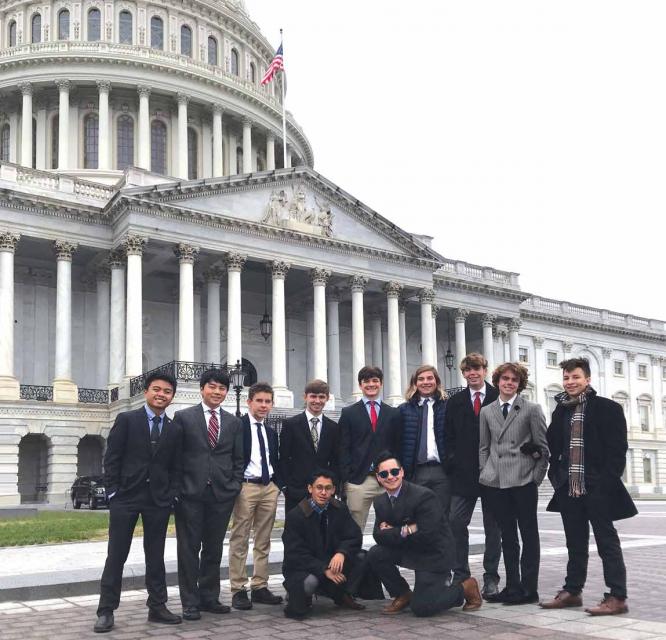 Jesuit High School Sacramento students are uniquely called to be advocates for justice. This work for justice connects students to their Ignatian family across time and space. The Ignatian Family Teach-In for Justice (IFTJ) is an annual gathering in Washington, D.C., and the largest gathering of members of the Jesuit family around the world. Members of the Ignatian family join in solidarity to learn, reflect, pray, network, and advocate in the context of social justice.

The Teach-In began as a way to recall the martyrdom of six Jesuits, their housekeeper, and her daughter, who were brutally murdered in 1989 by Salvadoran paramilitary members who had been trained in the United States. These Jesuits decried the violence of poverty and served as public intellectuals in opposition to the Salvadoran civil war. For their public defense of the Gospels, they paid with their lives. The IFTJ gathers members of the Jesuit family from high schools, universities, and parishes, in the memory of the Salvadoran martyrs, and in memory of all martyrs of the Jesuit family. It promotes networks of collaboration, education about current injustices plaguing our communities, and options for actions on behalf of justice we can take in light of Catholic Social Teaching.

This year, one focus of the Teach-In was environmental justice. Sister Peggy O’Neill’s keynote centered on her life and work for the last 30 years in El Salvador and how climate change affects all of us as global citizens.

“Anchor yourself in what is right, what is true, loving, and kind…close the gap between the world we have and the world most people long for,” shared Sister Peggy.

Jesuit student Jonathan Fong ’20 shared, “The unique and empowering experience provided us an opportunity to connect our passions, the Jesuit network around the country, our lives of faith, and issues of injustice, with policy and change-makers in the halls of power in Washington. As young men for others, we do not just pursue justice on our Sacramento campus but in the wider world as well.” 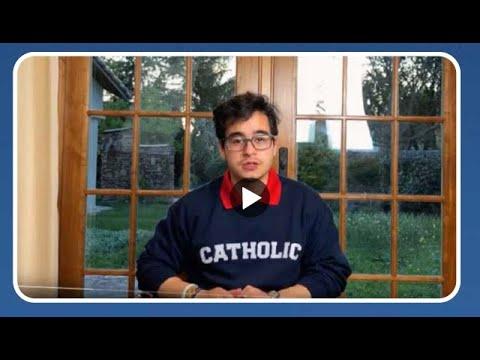 An Open Letter to My School Messages to their classmates