Overall, all of the Marauder programs had great fall seasons with a lot of great individual accomplishments. Two out of our three varsity programs won Section Titles while our third made it to a Section Semifinal. Go Big Red!

The individual headliner in the Fall was Matt Strangio ’20, who defended his CIF Div 1 State title and went on to compete at the Nike Cross Nationals (NXN). Strangio completed a great Cross Country career at Jesuit and is gearing up for track season already. In addition to Stranigo, the Section Championship team was bolstered by Michael Chambers ’21 (2nd), Chase Gordon ’20 (7th), Jacob Swanson ’23 (8th), Braden King ’22 (10th), Spencer Pickren ’21 (11th) and Nicholas Salonitas ’20 (13th). Along with the Varsity race, here are the Top 25 Individual Finishers for the Frosh, Soph and JV Races.

After a successful season for the Marauder Cross Country program, the Marauders have been ranked the 20th best team in the nation by DyeStat.

The Football program had a successful season at all three levels. The Varsity team battled back from some early season losses to finish off the year 5-5, going 5-2 in the final seven games. After a first-round bye, the Marauders defeated Central Catholic 49-28, advancing to the Section Semifinals. The Marauders battled hard, in the end losing to Whitney 20-17. The JV team finished off the year 9-1, with the only loss coming in the second game to Granite Bay. The season was headlined by a 40-32 victory over Folsom to open up the season. The Frosh team finished off the year 5-5 while playing teams from multiple different leagues, with their only league game coming against Franklin.

The Water Polo program excelled at all three levels this season. Even though the Varsity team got off to a slow start, they rebounded towards the end of the year in avenging losses to Rocklin, Rio Americano, and Granite Bay. All of these wins came in the Section playoffs as the Marauders went on to win the Section Championship vs. Granite Bay with a score of 13-7. After home wins against Menlo-Atherton and Clovis West, the Marauders fought back in the NorCal Championship game, eventually losing to Buchanan 10-9. The JV team had a great season of success and development. The five losses that the team had all came against NCS powerhouse programs. The two Frosh teams competed hard throughout the year and it is going to be great to see these teams come together as one JV team next year. The future is bright for Marauder Water Polo.

Jesuit High School (JHS) is a Sacramento regional Catholic high school that provides young men with a life-building experience. Founded in 1963, the school delivers an academically rigorous college-preparatory education to graduates prepared for lives of leadership and service. Student enrollment is approximately 1050, representing diversity in geography, ethnicity, religious affiliation, and socioeconomic background. JHS draws from more than 70 zip codes throughout the Greater Sacramento Area, with 99% of graduates going on to college or university.

Jesuit Athletics is a community of student-athletes, coaches, and staff whose primary focus is to achieve academic excellence while striving to produce teams and individuals committed to athletic competition and outstanding performance. Home of “The Marauders,” JHS has one of the region’s most successful men’s athletic programs, which includes 13 national championships, 22 state championships, and 312 league championships. Currently, JHS fields 36 teams, with two out of every three Marauders playing a sport. The success of JHS student-athletes both in the classroom and on the competitive field can be seen in the 24 seniors signing letters of intent last year to continue playing their sport at the collegiate level. 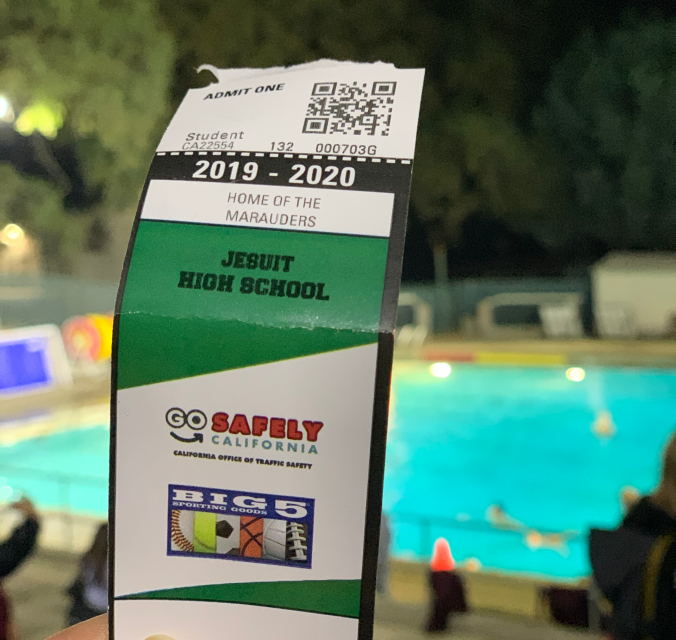