A high stakes Quarter Final Round was fought by the Jesuit High School Sacramento Mock Trial Defense Team against Rio Americano’s Prosecution Team. In a dramatic end to the round, Marauder Attorney Alonso Lee successfully argued that the Rio team violated the competition’s rules by failing to have the required number of participants and evenly allocate roles amongst their team. The judge agreed but inexplicably the scorers chose not to penalize Rio for their violation resulting in Jesuit losing all three ballots by a close margin. Matthew Ferrara was elected as MVP of the Quarter Final Round for his excellent portrayal of the Courtroom Bailiff.

The Sacramento County Office of Education held an Awards Ceremony on Thursday evening with Connor Stout being honored as the overall Best Witness of the Competition for his role as the Defendant. Zachariah Michelena received an Honorable Mention for his roles as both a prosecution and defense witness. Marauder Prosecution Attorney Ryan Mack garnered honors as one of the overall Best Attorneys with fellow Prosecution Attorney Robi Castaneda receiving an Honorable Mention. Reece Camacho was honored with the team’s MVP Award for his role as a Defense Attorney. The Marauders finished 8th overall in the tournament. Jesuit’s four Attorney Coaches are incredibly proud of this Jesuit team and eagerly anticipate even greater accomplishments next season! 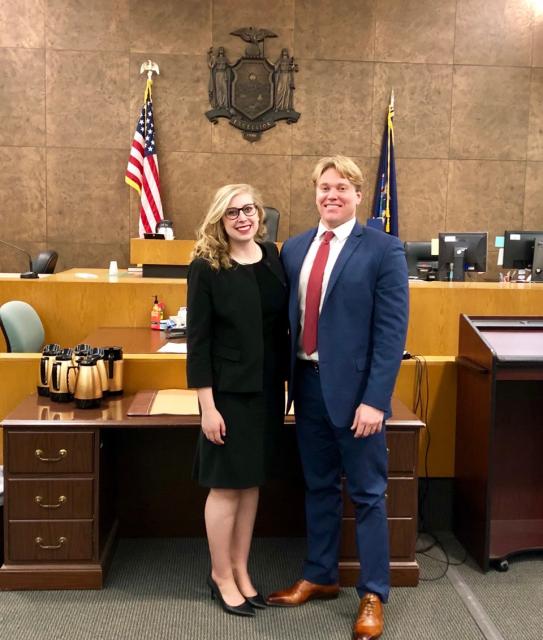 Many thanks to Robert Fleming ’07 and Alex Bonilla ’19 for their commitment to our students at Jesuit Sacramento. Bonilla, a former JHS Speech & Debate Team Captain, is now a sophomore and member of the Speech and Debate Society at Cornell University and will be serving as Head Coach of Jesuit’s team this year. All current students will be receiving an email with more information on the team’s interest meeting. The first local competition is slated for September 21.