A glimpse of student life at Jesuit High School 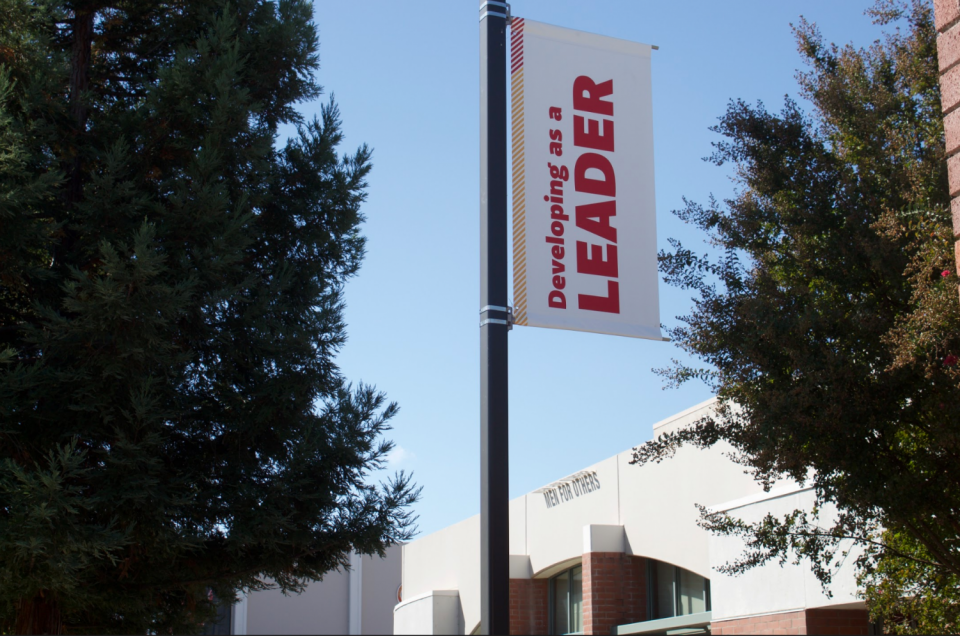 Prospective students and their families can visit the Jesuit High School campus for an interactive and educational experience during Open House this Sunday, Oct 20., at 12:00 p.m.

This year’s Open House will attempt to recreate aspects and characteristics of life on campus. Nearly the entire campus will be accessible with open classrooms as well as students, teachers, and coaches available to share their experiences and insights on what makes Jesuit a unique place.

To create a more fun and interactive atmosphere, Jesuit will introduce a new “Passport to Open House.” As families progress through the campus, they can work to collect all five stamps and be eligible for the Chromebook raffle.

“Now we [will] have our whole campus open and buzzing with life,” Mr. Ramos said. “We want families to explore our campus and speak with the people that make it a special place!”

This year, there will be more students interacting with potential newcomers. Michael Chambers ’21, one of the student volunteers at Open House, looks to inspire future runners and will speak at the cross country table with his fellow teammates.

“I chose to be a part of the process this year because of how it influenced my decision of choosing Jesuit,” Michael said. “It’s awesome to know that I can have a big impact on a person’s future, and I simply want to leave the best mark possible.”

Benjamin Hewitt ’21, one of the students at the math table, will look to encourage and inspire middle schoolers. He prefers history over math, but still notes that “regardless if you like math or not, you’ve gotta (sic) take it.”

“Open House influenced my decision to choose Jesuit because it gave me a better understanding of what the school offered in addition to its curriculum,” John said. “I also learned more about who I want to become and what I would want to do at Jesuit.”

To join the fun, come stop by for shaved ice at the varsity baseball facilities, hear stories from students, and meet some future Marauders. There will also be a new “S.T.E.A.M. Zone” with hands-on demonstrations and a barbecue by the football stadium. Open House will be from 12:00-3:00 p.m. this Sunday, Oct. 20.