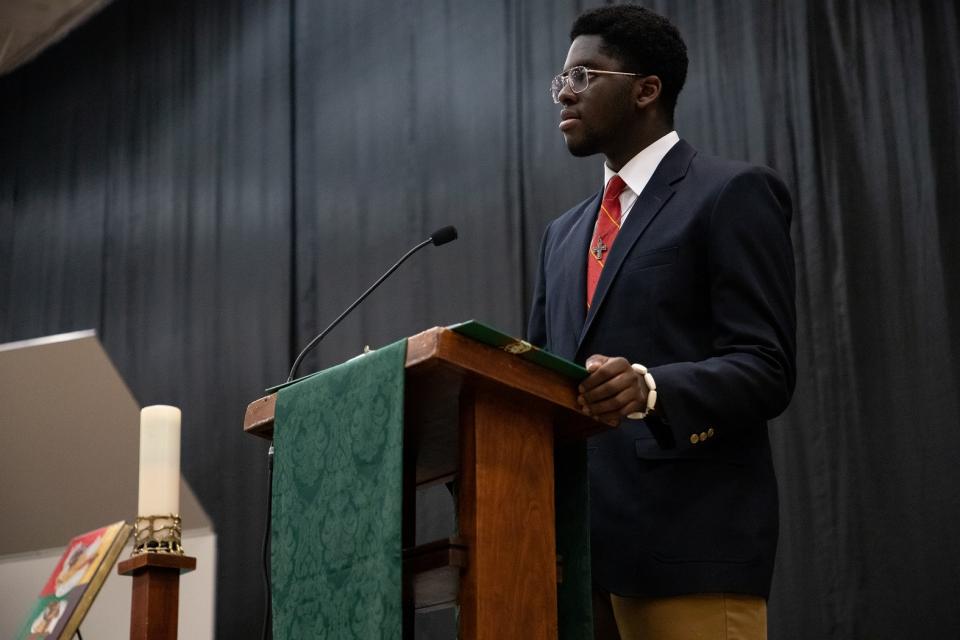 The Mass for Peace and Justice in the Spirit of Martin Luther King Jr. has been a long-standing tradition for Jesuit High School.

In typical fashion, the mass plans to highlight the accomplishments of Martin Luther King Jr. There will be quotes displayed from the famous activist as students and teachers enter the gym.

“When you enter the gym, we will have a slideshow of people who are following the footsteps of Doctor King,” said Johnny Castillon ’20. “After communion, we are going to hear part of Doctor King’s speech from when he received the Nobel Peace Prize.”

According to Director of Liturgy Mrs. Charlene Cardenas, the Mass will feature a larger than usual choir and a guest presider.

“There will be a combined choir of Liturgy Workshop and the Concert and Beginning choirs.  Students from all levels will be singing,” Mrs. Cardenas said. “Expect some good sound! We will also have a guest presider: Fr. George Wanser who is a Jesuit priest who taught here at Jesuit.”

The special quotes, speeches, and speakers all aim to influence the students and leave an impact. Jonathan Fong ’20 hopes that students will leave with inspiration to make a difference.

“The mass for Peace and Justice has been a long-standing Jesuit tradition,” Jonathan said. “Originally this mass kicked off the social justice summit and honored the message of Martin Luther King Jr. This year’s mass for Peace and Justice will be in the same light. Justice does not simply rely on talking the talk but is indeed walking the walk. We at Jesuit have the unique opportunity to host a Social Justice Summit, which we will honor at this mass. We will honor the ideals and values of Martin Luther King Jr, as we inspire the students to be advocates for Justice in the world.”

The Campus Ministry has put great effort in making this year’s mass is the best it can be. Students should be prepared to dress their best tomorrow, Jan. 17, to honor the legacy of Martin Luther King Jr.

Back
This item appears in:
This plank article has been archived and may contain content that is out of date.