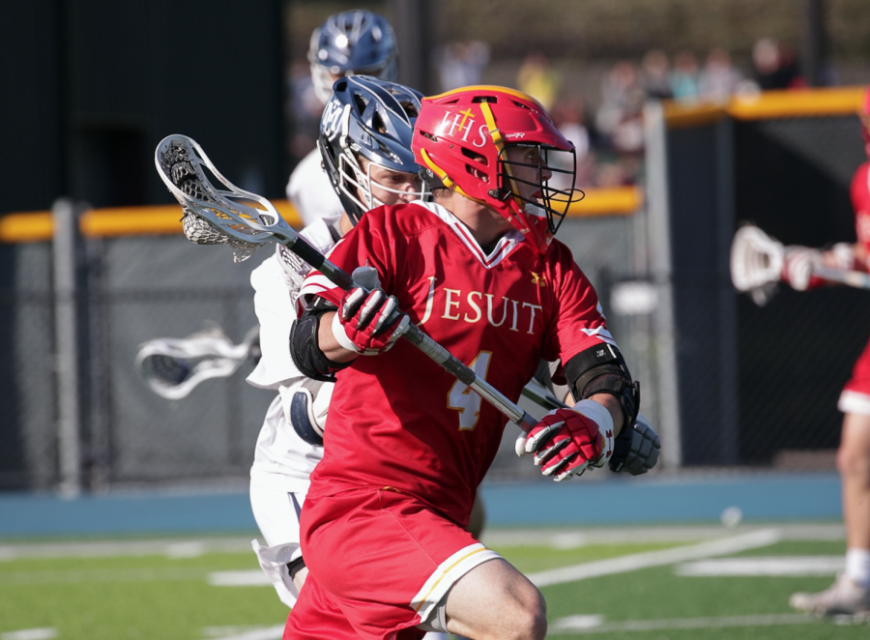 The end of winter and the beginning of spring is possibly the busiest time for the Athletic Department at Jesuit High School Sacramento. As winter sports are entering the playoff season,the nine spring sports are all starting up, including the lacrosse team, one of the most competitive sports in the area.

With the new season comes a chance for rematches against old rivals. Player Ashton Hayes ’20 listed several teams that Jesuit is looking forward to playing again.

Last year, the lacrosse team made it to the League Championship but ended up losing to Granite Bay High School. Afterwards, they went to the North Coast Section Playoffs, but got knocked out in the first round by Marin Catholic High School, another rival.

“Almost half of our losses were decided by two goals or less,” Kiran said. “Our strength of schedule was the fourth highest in California, and I think we played extremely well with it last year.”

Player Matt Bettencourt ’21 also believes that as long as they give their all, the team has a fighting chance against everyone they will face in the upcoming season.

After a couple of preseason scrimmages, Jesuit lacrosse played its first game against Monte Vista High School yesterday, Wednesday, Feb. 26. The result was a 16-8 loss but the game will soon be followed by major matches against De La Salle High School and Granite Bay High School who are ranked  No. 12 and No. 10 in California, respectively, by MaxPreps.

With the season lasting all the way until April and with playoffs in May, the Jesuit lacrosse team has plenty of time to prove itself and right some of last year’s wrongs.