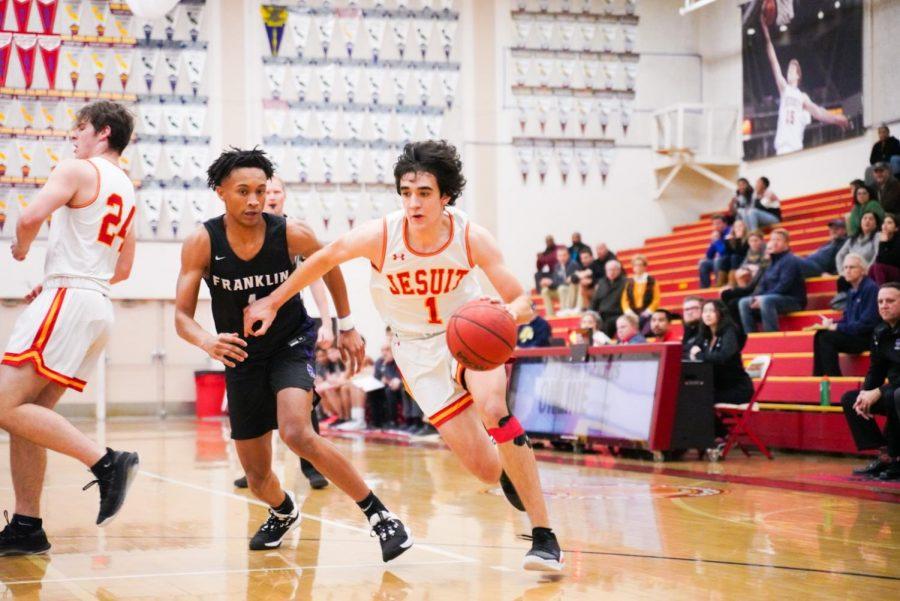 Looking to keep a perfect Delta League record, the Jesuit High School Marauders came up short in a 70-59 loss to the Franklin High School Wildcats on Wednesday.

After being down 8 points at halftime, Franklin outscored Jesuit 45-26 in the second half.

Franklin was led by senior guard Marquis Hargrove, who finished with 19 points after scoring 12 in the second half. Jesuit point guard Isa Silva ’21 had 24 points.

“[If we] started the second half how we did the first, I think it would’ve made a big difference,” Chris said. “We realized adjustments needed to be made going into the second half. We will be ready for the next time.”

“Franklin is a good team, so we have to start by giving them credit,” Coach Kelly said. “They played well and stayed composed. I thought we lost our composure a bit in the second half, and it distracted us from playing good defense.”

Being Jesuit’s second game in the Delta League, the Marauders are beginning to see how deep this year’s league is.

“The big lesson that we learned in this game is to keep our composure and stay focused when things get tough, and things are going to get tough every game we play in the Delta League,” Coach Rotz said. “Against some teams you can lose focus and make mistakes, and they aren’t good enough to make you pay. In the Delta League, you will be exposed when you don’t execute properly.”