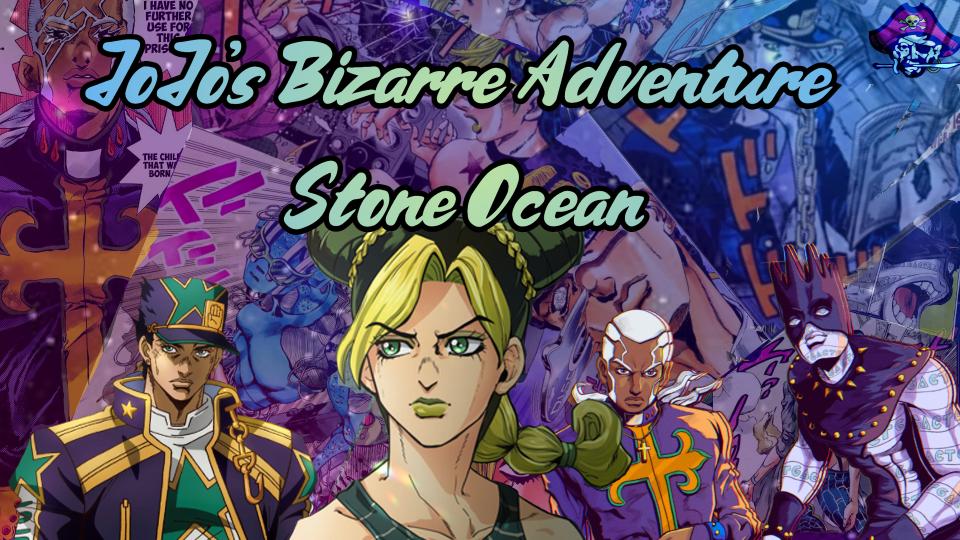 The manga “JoJo’s Bizarre Adventure” has recently released its sixth part “JoJo Stone Ocean” on Netflix. JoJo’s anime adaptation is being handled by David Productions, an anime production company which has been in charge of the adaptation since 2012.

Part six takes place in Florida during the year 2011, a full 10 years after the events of part five. The anime starts out with the main character Jolyne Cujoh being framed for murder and sentenced to 15 years in “Green Dolphin Street Prison.” From here, the show follows Jolyne on  her quest to uncover the secrets of the prison and protect her dad.

The newest part to this exciting series breaks the format from previous entries in the series with an almost entirely female main cast and a static location for the majority of the story. This might be an unwelcome change for some, but I feel it was necessary to keep the series feeling fresh.

So far all the characters throughout the show are fun and likable while still maintaining human flaws which creates a more immersive experience. The voice acting cast has also done an excellent job so far in bringing the characters to life and making sure that they still work well within the new format.

A skilled animation team as well as a large budget has allowed David Productions to capture the vibrant color and artstyle that the source manga is known for. The dazzling color changes and realistic thick lined artstyle that we see in the manga is present throughout the entirety of the anime, keeping the spirit and feeling of the manga alive in the adaptation.

Although this show has kept up with, if not surpassed, the high expectations people have for it, it’s not without fault. One criticism I have for “JoJo Stone Ocean” is that the soundtrack isn’t as good as the soundtracks from the previous “JoJo” parts. The soundtrack was by no means bad, but I just feel like it pales in comparison to the past JoJo soundtracks and could definitely have been better.

Overall, I think David Productions have done a really good job so far with this adaptation especially considering the fact that due to copyright issues, this was one of the harder parts to adapt into an anime. If you’re a fan of “JoJo,” I definitely recommend checking out the first 12 episodes even if you’ve read the manga, and I personally cannot wait to see where the rest of the series goes.