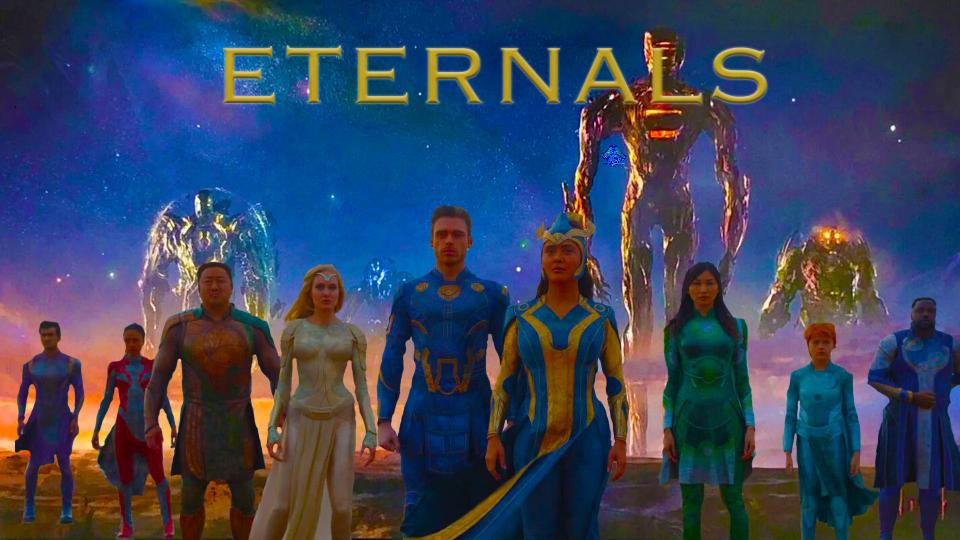 “Eternals” was released in the United States on Nov. 5, 2021. The film was directed by Chloe Zhao and released and produced by Marvel Studios. The film stars Gemma Chan, Richard Madden, Salma Hayek, Angelina Jolie, and many more.

The film follows a group of immortal beings called the “Eternals” who are sent to Earth by a “Celestial,” a member of a powerful group of God-like creatures that helped build the universe. The “Eternals” are on Earth to defend it from monsters called the “Deviants.” The film follows them trying to unsolve a mystery about why they are still on Earth, and why the “Deviants” are getting stronger and more powerful.

Even though the film has an Oscar winning director, an A-list cast, and amazing cinematography, the film is overall boring and a big disappointment. While watching the film, it was difficult to see any positives because everything about it was extremely terrible.

One of the worst aspects of the movie was the plot, which felt like it was either too big for a movie, or too poorly planned to be anything. One of the glaring issues of the plot is that their motive is to help the human race evolve. While this is a valid motive, it is continually rehashed in virtually every scene, and by the end of the movie I was left dumbfounded about how a plot like this was approved.

When a character is introduced in the movie, there is always a quick flash-back giving context of their personalities and passions. Most of the time this would be a smart way to introduce each character and flesh out who they are, but in this movie, it somehow falls flat, because of how quickly the movie introduces us to each character. It also feels like they were never a team in the first place, because they always have a problem with each other, and are always fighting instead of resolving their problems.

Another poor aspect of the film was the acting. The only notable actors who did a decent job were Angelina Jolie as Thena and Brian Tyree Henry as Phastos, as it seemed like they were actually given characters they could act as. The rest of the cast’s acting was bland and dull, likely due to the shallowness of the characters.

The cinematography was the only good part of the movie. Each shot of outer space, or ancient civilizations were masterfully done, and felt out of this world. However, one thing holding the cinematography  back from being great is that it felt forced. It felt like the film was trying to fake the audience into thinking this was a grand-scale movie that deserved Oscar level praise, when in reality it was just a bunch of landscape shots with no emotional backing or reason for them to exist.

A really disappointing part of the film was the direction done by Chloe Zhoa. Zhoa won an Oscar for best director for her film “Nomadland” (2020), because of her great use of cinematography to elevate scenes and create wonder in an unknown part of life. In this film, there are none of those qualities, and everything feels lifeless. Instead of showing us complex characters, an interesting plot, and beautiful cinematography highlighting the world we live in, Eternals gives us some decent cinematography and that’s it.

Overall, “Eternals” is a film that suffers from basic mistakes, lackluster acting and direction, as well as a terrible plot. I would recommend this movie to no one for these same reasons. I give “Eternals” 1 out of 5 stars.