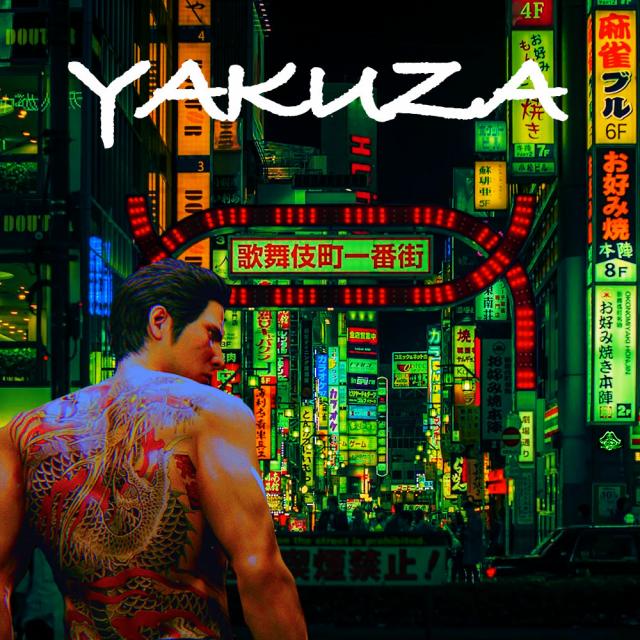 The “Yakuza” series is one of the oldest and most beloved creations in the gaming industry. Created by the industry titan, SEGA, in 2005, the series created its own bizarre style that continues to draw people in, and no game has been able to successfully copy it yet. With the 16 year anniversary of the series drawing closer, now feels like the right time to look back on the Yakuza franchise as a whole and to explore why it’s so beloved to such a wide range of people.

The early 2000s were difficult years for SEGA. After the release of the SEGA Dreamcast and the release of “Shenmue,” an ambitious three-dimensional open world video game, the company was financially unstable. The game reportedly cost SEGA $47 million, which at the time was the most money ever spent on developing a video game.

Despite Dreamcast and “Shenmue” selling relatively well, SEGA wasn’t able to make back the money they spent forcing them to withdraw from the console market and officially declare themselves third party game developers.

With massive layoffs and making games for the very companies that had forced them out of the console market, morale at SEGA was low, with many employees believing that the company had no future left in the gaming industry.

It was during this time that Toshihiro Nagoshi, a game developer for Sega, had the first idea for the “Yakuza” series. The idea received a lot of pushback from the SEGA higher ups, with many of them thinking that the subject of the Yakuza was too taboo to sell in Japan and too foreign to sell overseas.

Nevertheless, Nagoshi kept pushing his idea, eventually telling his higher ups that if “Yakuza” wasn’t a success, he would resign from his position in the company. 16 years and 15 games later, “Yakuza” has become one of the most influential and well received video game series in both eastern and western markets.

Much like the story of “Yakuza’s” creation and its creator, “Yakuza” at its heart is a series about people trapped in difficult situations, going against the status quo in order to do what they believe is right.

The character that embodies this the most is the main character Kiryu Kazuma, also known as the Dragon of Dojima, a hardened Yakuza legend who, due to his inherently kind and caring personality, becomes disillusioned with his Yakuza lifestyle. Most of the games depict Kiryu’s struggle to leave the Yakuza and his old lifestyle behind as he is repeatedly pulled back into it in order to do what he believes is right.

Despite all of the mature and heavy themes “Yakuza” tackles, it doesn’t let any of them define the whole experience of playing the game because “Yakuza” is a masterclass in tonal dissonance. It maintains its mature themes and heart-wrenching moments while also having some of the most ridiculous scenes and encounters in gaming history.

It’s this tonal dissonance that makes “Yakuza” so special: the combination of two things that absolutely should not go together but somehow do. It’s a very special and difficult feeling to produce, and “Yakuza” is the only game I’ve ever seen do it well.

Despite what you may think, the game’s tonal dissonance never pulls you out of the experience. In fact, it makes the world and the characters in it feel so real. Just like real life,the game is full of hilarious, tragic, and bizzare moments. It’s a series of highs and lows that really bring the characters and world to life.

“Yakuza” is also great because it uses its open world design to humanize its characters from a story perspective.

In most open world games like “GTA” or “Watch Dogs,” the primary way you interact with the world around you is through violence. This creates a jarring disconnect between the story gameplay and the open world gameplay. It’s pretty hard to empathize with a character and their story if you’re using the same character model to run down civilians in between cutscenes. “Yakuza” fixes these problems by simply taking away your ability to interact with its world in these ways.

In “Yakuza’s” open world, the option to commit mass acts of violence simply isn’t there because it’s not something Kiryu would ever do; which conversely means that every action you can take is something that Kiryu would actually do. This is how the game takes the invincible Yakuza demon that Kiryu is portrayed as in the story and humanizes him.

Kiryu might be a hardened Yakuza legend who has taken on an entire Yakuza family office by himself, fought two tigers bare handed, and stopped a charging bull with his bare hands, but Kiryu is also someone who enjoys a passionate round of karaoke, gets a little too into slot car racing, and does his best to help those around him.

It’s these side activities and interactions that turn the invincible Dragon of Dojima into something more human and recognizable. The game uses this to humanize Kiryu and show us more of who he is as a person, and as a result of this the player is more likely to care about Kiryu as a character and his story.

All of these gameplay and design choices have helped to create a series with characters and experiences that are globally loved.

The widespread success that the “Yakuza” series has enjoyed is for the most part due to how unique the games and gameplay experiences are, there is quite literally nothing like it. It’s a completely unique and unfamiliar experience for all players.

Depending on what you see of the games, it could either look like a heart-wrenching cinematic crime drama or an open world game centered around competitive slot car racing.

It’s for these reasons and many more that I heartily recommend you check out the “Yakuza” series. If you’re wondering where to start, I recommend starting with “Yakuza 0,” it’s the perfect entry point for the series and is a great stand-alone game as well.