Review: ‘The Batman’ is the movie we don’t deserve, but need right now 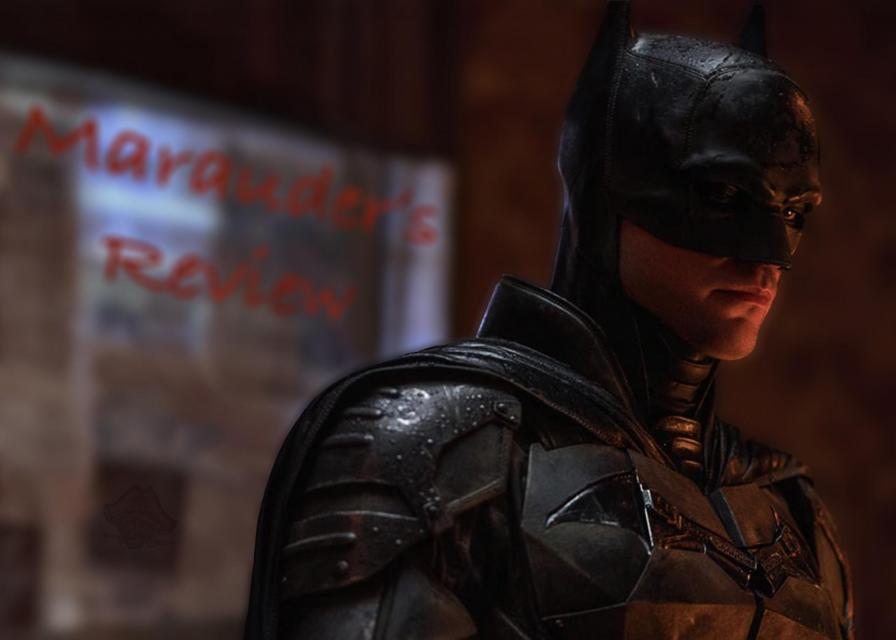 Superhero hit “The Batman,” was released on March 4, 2022. The film was directed by Matt Reeves, who is known for sci-fi endeavors such as “Cloverfield” and the “Planet of the Apes” trilogy. The film features a star-studded cast including Robert Pattinson as Batman, Zoe Kravitz as Catwoman, Paul Dano, Jeffrey Wright, Colin Farrell, and Andy Serkis.

Pattinson’s casting came with backlash, as his “Twilight” fame precedes him. Many people online were quick to call his portrayal emo and question whether or not he was fit to dawn the mask; however, this backlash is nothing new in the Batman film universe. Heath Ledger also received his fair share of criticism after being cast as the Joker in “The Dark Knight,” a role that is now near-universally celebrated.

The character of Bruce Wayne and Batman were first introduced in “Detective Comics #33” (1939), a comic which features Batman’s origin story as a child witnessing his parent’s murder and swearing that justice will be served. Since that introduction, Batman has gone through numerous adaptions throughout the years that have developed the character in many original and entertaining ways.

This film, unlike many other Batman adaptions, begins with an inexperienced Wayne having only gone through his first year of crime fighting. Even with his lack of experience, Batman must step up and take down an enigmatic serial killer that has attacked Gotham City. While untangling this web of lies, Batman uncovers a deep web of corruption within the city’s elite authorities.

Matt Reeves’s “The Batman” takes some interesting comic inspirations, referencing the comics “Batman: Year One,” “Batman: The Long Halloween,” and “Batman: Ego and Other Tails.” These inspirations also help signal where this version of Batman may be heading, as these comics are generally known by fans as darker and more brooding. “Year One” and “The “Long Halloween” both feature a relatively inexperienced Batman still struggling with his inner demons, while “Ego and Other Tails” showcases a portrait of Batman’s psychology and the various moral dilemmas he must face in his crime fighting journey.

After watching “The Batman,” I was seriously impressed by how each minute felt like a contribution to the overall scheme of the movie. The plot of the film had quite a bit of complexity to it, but still felt simple and easy to follow because of how the scenes continued to build on each other thematically.

Another aspect that was equally important in drawing my attention was the palpable suspense created from the fantastic acting. Zoe Kravitz’s Catwoman, Jeffrey Wright’s Detective Gordon, and Colin Farrell’s Penguin never once failed to bring interest or intrigue to the film. Paul Dano also excelled in his role as the terrifying serial killer, the Riddler, whose vile crimes at the beginning of the film helped set the detective noir mood for the rest of the movie. This helped the scenes flow more like “The Maltese Falcon” rather than other Batman iterations like the “The Dark Knight”.

Robert Pattinson’s take on Batman felt brooding, but not excessively so. His ability to communicate feelings through facial expressions and silence really speaks to his acting talents. He has demonstrated these talents previously over the course of the last decade with films such as “Good Time” and “The Lighthouse.” His external portrayal of Bruce’s inner demons was captivating, and his action scenes were well executed.

The sound design and cinematography was reflective of its massive budget, as the punches Batman dealt out sounded meaty and round, while sudden and continuous cuts created a sense of viewing comic book frames. The gothic atmosphere also created a sense of immersion into the events of the film. The subtle jokes were also a nice touch, such as Penguin waddling after being tied up or Catwoman drinking a glass of milk in her cat-filled apartment.

My only qualm with the movie was the inclusion of The Joker, which felt tacky both in respect to his dialogue and his general appearance, which I initially mistook for Two Face because of the CGI applied to his face. That being said, I am glad to hear Matt Reeves has made a statement saying not to expect this Joker to show up in the future, as there have been more than enough Joker iterations in recent years.

Overall, due to the fantastic plot execution, sound design, atmospheric cinematography, and stellar acting from the cast, I give this film a 9/10. “The Batman” is a great theatrical experience and if you haven’t seen it, I suggest seeing it as soon as possible.