Review: “The Suicide Squad” delivers as an exciting watch with remarkable performances 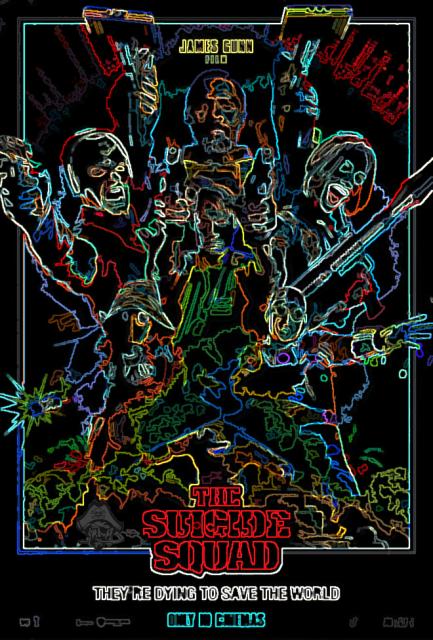 The action thriller “The Suicide Squad” was released in the United States on Aug. 6th, 2021. The film is directed by James Gunn, produced and released by Warner Bros. Pictures, and stars Idris Elba, John Cena, Margot Robbie, Viola Davis, Joel Kinnaman, and many more.

In the film, the Suicide Squad is tasked with infiltrating the island of Corto Maltese and uncovering the secrets of the mysterious “Project Starfish.” Throughout the movie we see this rag tag group of villains slowly start to become a team and work together to defeat the bizarre villain, Starro the Conqueror.

One of the main strengths of the film was the acting. While watching the film, it felt like there were no bad performances. Of all the great performances, Idris Elba’s Bloodsport and John Cena’s Peacemaker stood out the most. Both characters are elite assassins who can turn anything into a deadly weapon. Throughout the film, they try to outdo each other with their method of killing, and their interactions make for a really funny brother rivalry type dynamic.

Other notable performances were from Daniele Melchior as Rathcater 2, and David Dastmalchian as Polka Dot Man. Melchior’s character served as the heart of the film with her grounded personality making it easier for other characters to show more of their backstories and ways of life.

Dastmalchian’s performance as Polka Dot Man almost felt too perfect. He captured the stupidity and craziness of Polka Dot Man while also making sure not to get too crazy, which would make him feel out of place with the other characters.

Another strength of the film was the soundtrack. The soundtrack was one of James Gunn’s best. Every song fits perfectly in each scene, adding more amusement to the viewing experience. The mix of rock and pop music was consistent throughout the film, and it never felt stilted or overused.

Another highlight of the film was the directing. James Gunn brings his fun and exciting flare to the film while making good use of the “R” rating and the actors’ unique skills.

Warner Bros. Pictures seemed to allow Gunn to do whatever he wanted. Instead of being more controlled and tame like the “Guardians of the Galaxy” movies, Gunn was allowed to go all out and make an absolute action and gore packed movie.

Through the performances, soundtrack, and directing, “The Suicide Squad” is a blast. Viewers who are easily disturbed by gore and violence are not recommended to see this movie.