Poky Pride in the Black Box 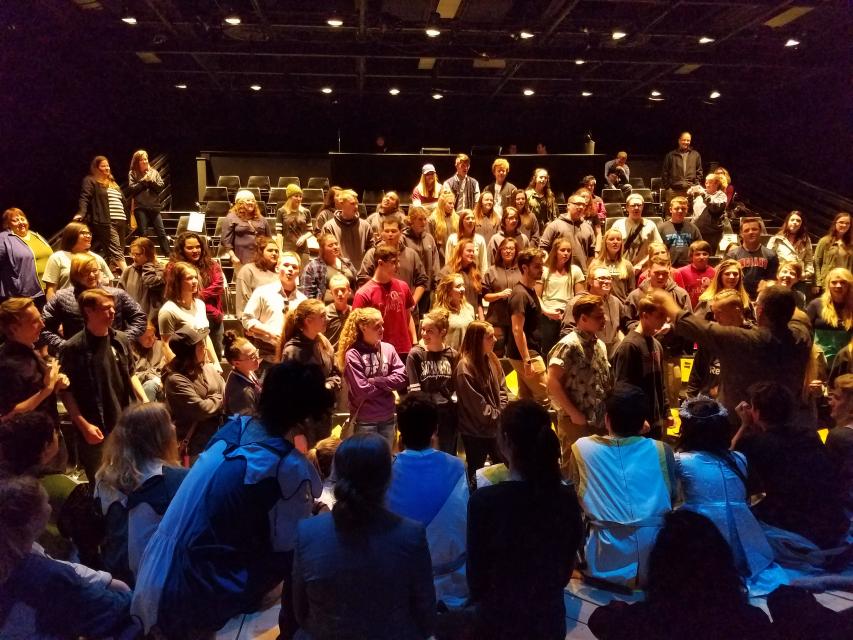 On Wednesday, March 22, eighty-five students of the Pocatello High School Choir from Pocatello, Idaho, took a break from their west coast singing tour and stopped by the Black Box Theater to catch a performance of Spamalot.

After the show, their director, Mr. John Grayson, treated the cast and audience to an impromptu song.

It was a great night, and after the cast changed out of their costumes, the singing continued in the lobby!