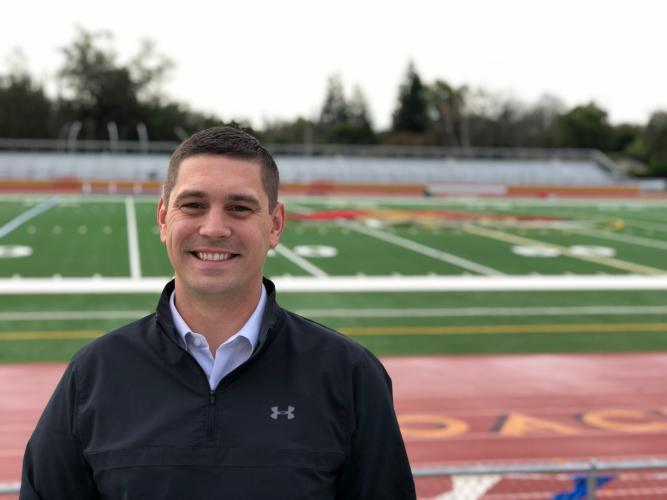 Sacramento, CA – Jesuit High School today announced that Henry “Hank” Weinberger had been appointed the school’s Director of Athletics. Weinberger, who most recently served as the football director of recruiting at the University of California at Berkeley (Cal), will officially start on May 1.

“Our search centered on finding an individual with excellent management and leadership skills who had a vision of an athletic department that serves as a vehicle for the fulfillment of the mission of Jesuit High School,” said Principal Michael Wood ’99. “Hank quickly distinguished himself as that visionary leader who articulated his hope that student-athletes learn to compete and participate with Faith, Academics, Integrity, Truth, and Honor.”

During Weinberger’s time at Cal, he spent seven years in the department of intercollegiate athletics including serving as an Olympics sports operations intern and interim women’s golf coach; and, he also served with the Cal Alumni Association.

“I am thrilled to be appointed the director of athletics at Jesuit High School. This is a premier position in the greater Sacramento region, and I look forward to working with fantastic student-athletes, coaches, and administrators. The Marauders have a long history of success at the section, state, and national level, along with producing top talent to play at the collegiate and professional level. Through my past experiences, I am committed to growing a program where our young men will thrive within our programs while showcasing their abilities as a student, an athlete and a person of high character.” shared Weinberger. “I look forward to immersing myself in the Sacramento community and developing long-lasting relationships that will have a positive influence on the athletic program and Jesuit High School as a whole.”

After receiving his bachelor’s degree in business management from Cal State Northridge, Weinberger later earned his master’s degree in sports administration from Valparaiso University. While at Northridge, he was a three-year letter winner on the swimming & diving team. A four-time Big West Conference Championship finalist, Weinberger is also an underwater hockey national champion.

Weinberger had an intensive interview process with three independent panels of Jesuit administrators, directors, and coaches. Together with the Jesuit leadership team and the President’s office, Weinberger will be an essential component of community unity, diversity, and inclusion; and, ensuring that academic and athletic achievement goes hand in hand. He looks forward to promoting a program where the experiences of the student-athletes, parents, officials, coaches, opponents, and the athletic governing body are a testament to Jesuit’s mission that strives to form young men of competence, conscience, and compassion for the Greater Glory of God.

Weinberger is succeeding Greg Harcos ’89, who has served as athletic director for the last four years. Harcos will be returning to full-time teaching at Jesuit where he has been a faculty member for over 20 years.

Jesuit High School (JHS) is a Sacramento regional Catholic high school that provides young men with a life-building experience. Founded in 1963, the school delivers an academically rigorous college preparatory education to graduates prepared for lives of leadership and service. Student enrollment is approximately 1070, representing diversity in geography, ethnicity, religious affiliation, and socioeconomic background. JHS draws from more than 90 zip codes throughout the Greater Sacramento Area, with 99% of graduates going on to college or university.

Jesuit Athletics is a community of student-athletes, coaches and staff whose primary focus is to achieve academic excellence while striving to produce teams and individuals committed to athletic competition and outstanding performance. Home of “The Marauders,” JHS has one of the region’s most successful men’s athletic programs, which includes 12 national championships, 21 state championships, and 302 league championships. Currently, JHS fields 36 teams, with two out of every three Marauders playing a sport. The success of JHS student-athletes both in the classroom and on the competitive field can be seen in the 24 seniors signing letters of intent this year to continue playing their sport at the collegiate level. 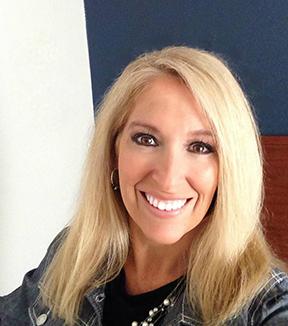