Finding Happiness Obinna Okoye ’19—my life from athlete to thespian 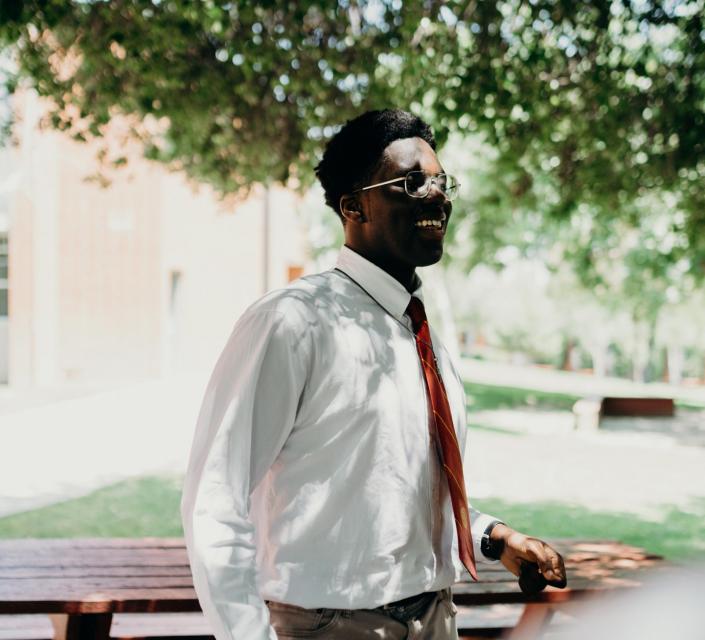 I came to Jesuit with one main goal — to play basketball. I wanted to play in high school, college and professionally. It was a dream I’d had since I was 10 years old. So, if you would have told me then that I would have quit basketball by the end of my high school career, I definitely wouldn’t have believed you. As hard as it was at the time, looking back now I realize quitting was the best decision I made as a student at Jesuit.

It started at the end of my Freshman basketball season. I made the team and had done well, but I started to lose the spark and my love for the game. I didn’t want to go to practice and when I did go, I wasn’t into it like I used to be. I would just count the minutes until the end of practice instead of using that time to improve. I started to feel like basketball was more of a chore instead of the thing I loved to do.

No matter how much I tried to fight it, the feeling only continued into my Sophomore year. I didn’t play fall ball like I had done in the past and as the season approached, I found myself finding excuses to skip morning workouts. At one practice toward the end of the season, we had to run line drills. Each time I sprinted across the floor, my heart and passion for the game drained from my body. When I finished the last line drill, I remember closing my eyes, putting my head down, and asking myself, “Why are you doing this?” At that moment I knew my passion for the sport was gone.

When I quit it felt like a breath of fresh air, at first. I felt less stressed, like a weight was lifted off my shoulders. Soon, however, the void of not having basketball in my life set in.

I lost a lot of friends — or our friendships weren’t the same — because we didn’t have basketball in common anymore. Also, I realized that basketball was the only thing that I really had done at

Jesuit. It was “my thing” and I felt like I’d let go of the one thing that gave me my identity.

I was lonely and lost during this time. I got absorbed into social media to the point that it affected my studying. I tried Track & Field, but soon I realized that, like what happened with basketball, I was only doing it because I didn’t want to be by myself, not because I enjoyed it.

Then, as I began my Junior year, God started to show me “my thing.”

I enrolled in a digital photography class and loved it. Photography then led me to join the media team, which is still a huge part of my life. This opened me up to listen to something even better that God had planned for me.

It happened one day after school. I walked into the Harris Center Lobby just as someone was setting up for a Drama meeting. I went to the meeting and discovered the show they were doing was a piece on homelessness called Isaiah Says. Once I learned that, something inside me kept telling me to audition. I decided to go for it!

“AFTER ONE OF THE SHOWS, I REMEMBER ONE PARENT WHO CAME UP TO CONGRATULATE ME. HOWEVER, IT WAS SOMETHING ELSE HE SAID THAT HAS STUCK WITH ME TO THIS DAY: ‘I THINK YOU FOUND YOUR PLACE,’ AND I AGREE. I DID FIND MY PLACE. I FOUND ‘MY THING’, OR IN THIS CASE, ‘MY THINGS,’ IN THE ARTS.”—OBINNA OKOYE ’19

Going to the audition was one of the most nerve- racking things I’ve ever done but, once I made it onto the stage, I felt different. Energy filled me up, I was excited and motivated. After I finished I looked around and knew this was exactly where I was supposed to be.

I was cast in Isaiah Says and since then I have been in several other plays: Wonka, The Elephant Man, and We Need Some Light. 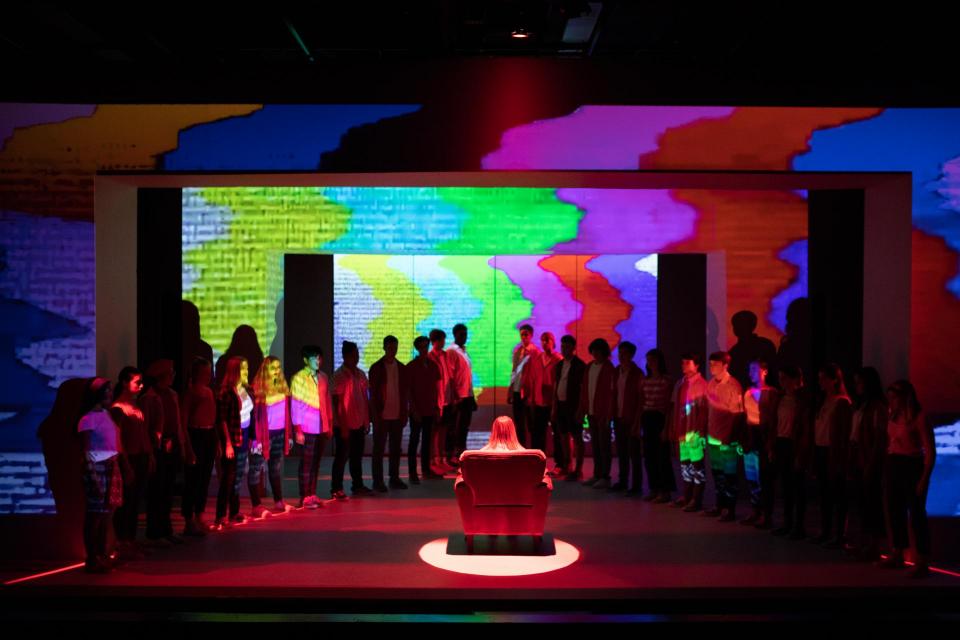 My involvement in the arts also has led me to find other activities: Liturgy Workshop, Campus Ministry, Campus Ministry Core Team, Religious Coordinator, and Senior Retreat Team. I also went on Kairos my Junior year and I got to lead Kairos my Senior year, which was one of the biggest highlights of my time at Jesuit.

Although making the change from basketball was hard, I’m so glad it happened. Overcoming that difficulty and listening to God led me to being involved with the arts, where I found “my thing” and a group of people who share the same interests as me, accept me, and love me for the person I am.

This article is from Jesuit magazine, Summer 2019. Explore this and past magazines in our archives.