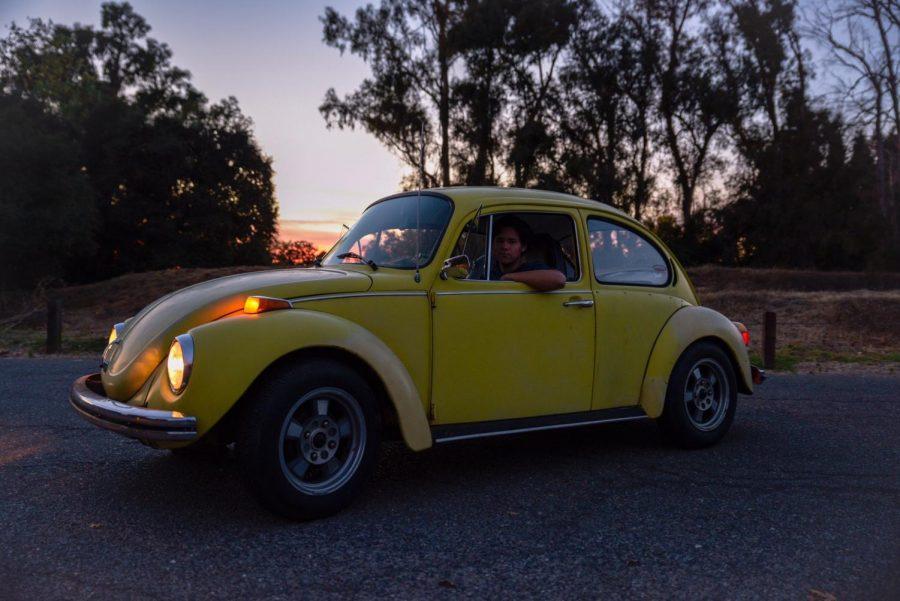 Every morning and afternoon, hundreds of students and dozens of teachers and faculty flood in and out of Jesuit High School’s parking lots. For most, the lots are just a symbol of commuting drudgery, a dull back-and-forth between school and home. For others, the lots, as well as the commutes, hold their most prized possessions — their cars.

Austin Cooper ’20 drives a 1958 Mercedes 180D and a 1992 Mercedes 300D 2.5 Turbo. He’s proud of the classic 180D and its all-original parts, which understandably makes him less inclined to drive it to school. His everyday car, the 300D, has seen and powered through rougher treatment.

Torin Ducker ’20 often has to get his hands dirty repairing his 1973 Volkswagen Super Beetle, a spartan daily driver that lacks an air conditioner or reliable heater. Though the Beetle frustrates him when it breaks down, he still enjoys the no-nonsense, rustic feel of the vehicle.

“I love the fact that I can get underneath my car and fix it,” Torin said. “There are no computers, just simple mechanics. The driving experience is very pure. I feel very connected to the road. I feel all the bumps and cracks in my tiny car.”

Social Sciences Department Chair and Head Varsity Soccer Coach Mr. Paul Rose cycles between several German classics: a 1964 Porsche 356C, 1964 Volkswagen Beetle, and a 1983 Porsche 911SC. He commutes in all three and finds that the cars help him connect with students and that they can carry their love for cars forward after they graduate.

“There are many alumni that I talk to regularly,” Mr. Rose said. “The guy who started the Folsom Cars and Coffee is a Jesuit alumnus. The owners of Frank’s Auto on Folsom Boulevard is an alumnus. Honestly, Jesuit alumni are very involved all over Sacramento.”

John Demas ’20 learned how to drive a stick in his 1995 BMW 318i. John spends time with his father working on the coupé together. He has met several fellow gearheads at Jesuit and finds that car meets are a great way to have fun with friends.

“One of my favorite meets I remember was with my friends, Austin Cooper and Reed Leonard,” John said. “I had brought the 318i, Austin had brought his 1992 300D, and Reed brought his 2007 [BMW] 335i. After the meet, we went on an absolutely epic drive on Salmon Falls Road.”

The hustle-and-bustle of Jesuit’s lots filling and emptying surrounds but does not drown out the common interest of the school’s auto enthusiasts. As others leave campus worrying about homework or grades, Jesuit’s gearheads appreciate taking their beloved vehicles for a spin as they drive together in shared contentment.