The Gender Wage Gap, an inequality that still exists 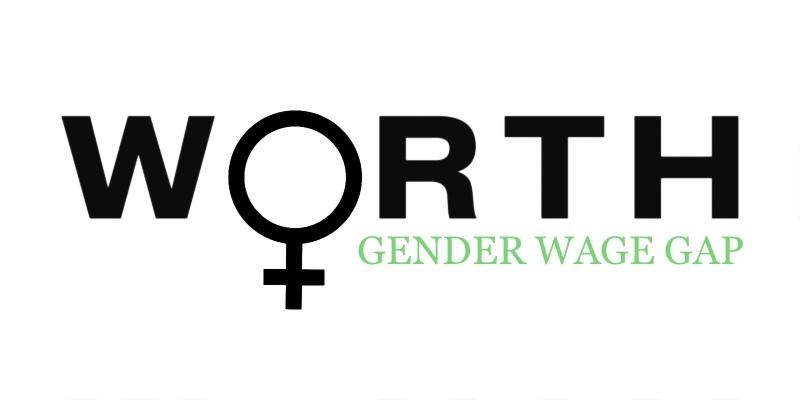 The following is the next installment of a series of articles written around women’s voices on campus at Jesuit High School Sacramento. This third edition explores the nuances of the gender wage gap, its historical beginning, why it’s still present, and what the standard of pay equity means. ​

That’s what women earn for every dollar a man makes, according to both the AAUW and the U.S. Census. The pay gap varies even more when it comes to race. But this reality leads us to a truth: women are being paid less than men.

The Plank interviewed female faculty and staff, asking them to reflect on their work experiences, the origins and assumptions around the gender wage gap, and the importance of pay equity.

It’s 2021. Pay discrimination was made illegal 58 years ago with the Equal Pay Act of 1963 and since then more federal and state laws have been introduced. So why is there still a gender wage gap? Theology Department Chair Ms. Annie Crew-Renzo illustrates how “generational wealth” has impacted women with the effects still being felt today.

Ms. Crew-Renzo breaks down the “historical reality” for women in the workplace and why a pay gap was originally a consequence of women working part time and not as primary breadwinners.

“The movement of women into the workforce in the 1950s and 1960s was as a result of declining wages and manufacturing,” Ms. Crew-Renzo said. “What you had, most often was … a working husband, whose wages were decreasing and so his wife moved into the workforce, either part-time or full, in some kind of like so-called women’s work, as a secretary or something like that to augment the family income.”

Ms. Crew-Renzo continued: “So when women first entered the workforce, as a group, following the Second World War, it was primarily a temporary situation or it was directly related to a decrease in family income, [and] women didn’t make the same amount of money as men which was not problematic because they were augmenting family income.”

As times changed and women started to follow their own interests in the workplace and a job became not just about economic necessity but a way to pursue one’s desire, the pay inequality between men and women began to emerge.

“So instead of this kind of situational part-time work dogma for family income, you had women stepping forward and saying I am the primary breadwinner in the family and I’m doing the same kind of work as my male counterpart and not being paid the same,” Ms. Crew-Renzo said.

While the history of the way women entered the workforce contributes to the pay gap, Media Arts Teacher Dr. Katherine Madden cites another reason there are disparities when it comes to pay, but sees a solution to redress the issue.

“There is a critical devaluing of labor across the board in this country,” Dr. Madden said. “Wealth has shrunk to fewer and fewer individuals. One great way to address this and the gender wage gap is to raise the minimum wage to a living wage.”

There are lots of narratives as to why women are paid less or should be paid less. “Women don’t work hard or long enough,” “women are not as qualified as men due to lack of education,” or “women choose careers that pay less than men,” are among common retorts for why pay equity should not exist. Some would even argue that “the gender wage gap doesn’t exist.”

Dr. Madden responds to these types of comments, questioning the relationship between women in the workplace and society.

“I would ask first, why is it that fields that women largely occupy are so devalued by society?” Dr. Madden said. “Why are careers involving emotional labor or care-work so critically devalued in our society? In part, they are devalued because they are fields dominated by women. Why does society not place a higher value to this labor? Studies show that women are now better educated than men, have equal amounts of work experience, and are pursuing high-paying jobs at the same rate as men, so why does the wage gap still persist?”

“Cornell did a really interesting study that looked at how once women begin to ‘take-over’ an industry the overall pay for those jobs decreases,” Dr. Madden said. “They looked at jobs in the recreation field. This used to be a male-dominated field, but is now female-dominated. During this period, wages decreased by over 40%! Even biologists’ pay has decreased by almost 20% as women have entered the field! Can you even imagine?”

While some disparities in pay have been documented, there is still a vast ambiguity. Accounts Retrievable Student Accounts Coordinator Ms. Jessica Billigmeier recognizes that a pay gap is present broadly, but explains how it’s difficult to know that information given that it’s not usually publicly known (unless it’s a state job) nor a conversation that would naturally take place between colleagues.

“For me, I don’t know if there’s a gender wage gap,” Ms. Billigmeier said. “It’s not publicly shared knowledge … People don’t share that information with each other. So how would I truly know that there’s a wage gap between me and another colleague … unless I clearly saw that published somewhere. I know, it happens, and I know it’s happening. But I just wouldn’t even know if I was making less than somebody else … I’m sure it [has] happened. I’m sure I had the same role as other people and I was making less than they were making. But, again, I think I was making more sometimes than men that were in my same role … I don’t have the true data to really know.”

Before working at Jesuit, Dr. Madden explains that there were inequalities between men and women, not all of which were related to pay.

“While working in higher education and also the entertainment industry there was rampant pay discrimination, sexism, and sexual harassment,” Dr. Madden said. “I am so grateful to be where I am today.”

As for how pay inequality has affected her, Director of Service & Justice Ms. Sara Brabec relays that she does not have first-hand experience based on her jobs, but knows it to be an overarching reality.

“Obviously all careers pay differently,” Ms. Brabec said. “I can say that in the schools where I’ve worked, we’ve had internally clear pay scales that are dependent on education and years of experience … I have felt confident in the fact that I know I’m being paid the same as my colleagues, as my colleagues have equal educational qualifications and work experience. So that is a nice thing about the schools where I’ve worked is that I do have a degree of confidence in that fact. [I know] not all industries do have those clear salary scales, [but] I haven’t faced that reality, but I know it to be true — that’s documented … and the whole ‘women don’t work hard or long enough.’ Everybody works hard.”

So what can we do to redress the inequality of the gender wage gap? Dr. Madden defines the standard of pay equity.

“Pay equity would be receiving the same pay regardless of sex, race, sexual identity by any sort of identifying factors,” Dr. Madden said. “I would say pay equality is that everyone is level, and it’s based on experience and education.”

Ms. Crew-Renzo agrees with an equal pay scale – an equality that she sees will become more realized in the future.

There’s a common idea that the gender wage gap and pay equity is a “women’s issue.” World Languages Department Chairperson Ms. Teresa Herrera responds why that is not the case.

“Pay equity for women should be important to men because when we do not respect the work of half of society we devalue society as a whole,” Ms. Herrera said.

After discussing some of the complexities and nuances of pay inequity, Dr. Madden shares with students why the gender wage gap needs to be recognized and how students can be allies for pay equity.

“The students at Jesuit will become leaders in their communities and in their fields someday,” Dr. Madden said. “It should matter because this is not an abstract idea. Your mothers, aunts, sisters, friends, and possibly future wives and daughters are paid less or will be paid less because of their gender. It should matter because it isn’t fair. And as a man for others, it is your moral obligation to stand against injustice. It will be up to you to do better than the generations that came before you. Be a man for others!”

The gender wage gap is an issue of inequality — in terms of economics, sexism, and human dignity. Efforts must continue to institute pay equity so that people are valued just as much as their labor is valued. The time is now, there can be no wait. This isn’t just a woman’s issue, it’s a universal one.

Breaking down sexism, women of Jesuit speak on its various aspects and their encounters with it

The following is a part of a series of articles written around women’s voices on campus at Jesuit High School Sacramento. This article focuses on the various aspects of sexism, perspectives and experiences, and the way forward towards equality.