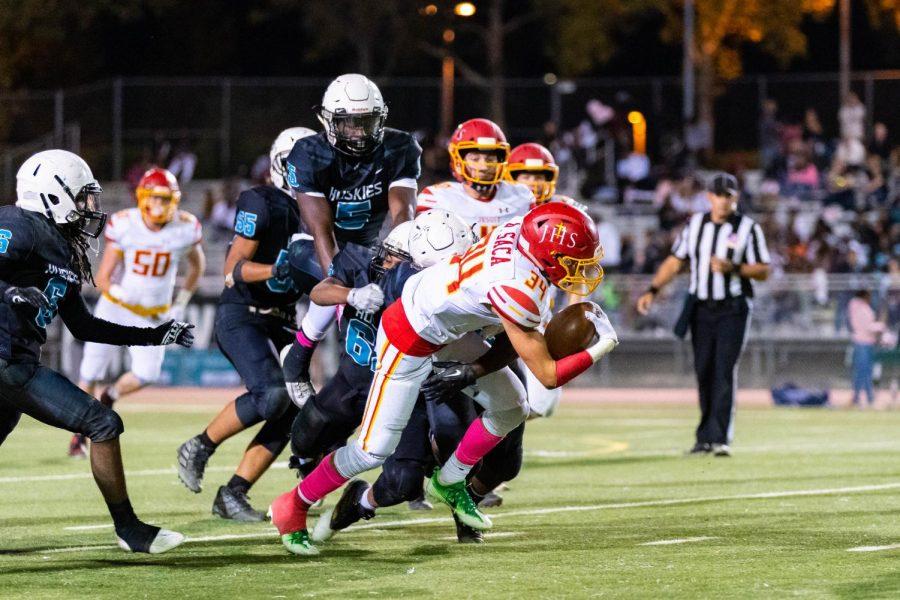 When a loss would threaten to end their playoff hopes, the Jesuit High School Marauders kept their chances alive with a 47-14 win over the Sheldon High School Huskies last Friday.

Jesuit quarterback Daniel Susac ’20 quickly responded by throwing a 32-yard touchdown to wide receiver Jacob Hall ’21 on the first pass of the game. Susac would continue his dominance, throwing for more than 200 yards and four touchdowns.

According to Scout and Film Coordinator Coach Jonathan Isaac, performing well in space was the key to Jesuit’s success.

“Two things we did well were we tackled in space defensively and established our run game offensively,” said Coach Isaac.

After grabbing a big win, wide receiver and defensive back Jagger Saca ’20 believes the resulting energy is something that the team will need in the future.

“We can carry over the positive energy from the win into playoffs,” said Jagger. “We need to continue to execute more, especially since we are going to start facing off against more talented teams.”

With playoffs on the horizon for Jesuit, the team now looks to its next game against Pleasant Grove High School with the outcome largely determining whether or not the Marauders will make the Division II Sac-Joaquin Section Playoffs.

The game marks the last of the regular season as well as Senior Day. Kickoff will be at home on Saturday, Nov. 2, at 2 p.m. Be sure to show your support as the Marauders make their bid for a playoff run.