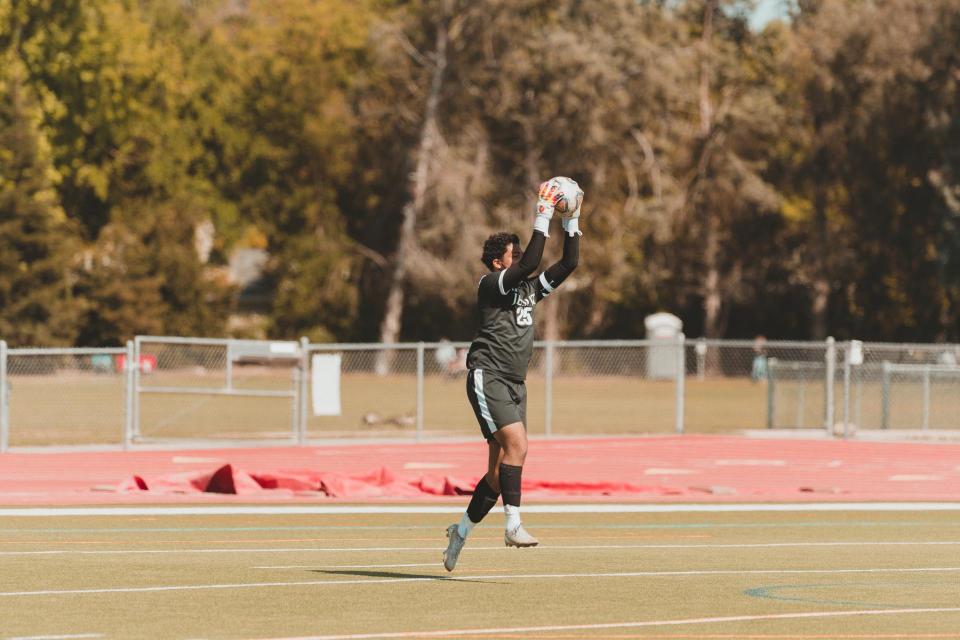 The win improves Jesuit’s overall record to 5-0-1 and 4-0 in the Delta League.

Jesuit’s Cole Snay ’21 scored the game’s only goal and his second goal of the season. After shutting out Sheldon, Jesuit still hasn’t allowed a goal all season.

Oscar Zavala ’21 believes the key to beating Sheldon was the team’s focus and effort.

“We were able to defeat Sheldon because of the dedication and eagerness of wanting to win,” Oscar said. “The team did a great job finding weaknesses in the opponent’s defense and were able to execute the plays. Every game we compete to end up where we were last year in the Section Finals.”

“We dominated much of the game and had opportunities to score,” Vince said. “The other team struggled to contain our forwards and didn’t threaten too often in our half. Our mixture of long balls to our wingers and our hard work in the middle allowed us to succeed and win.”

The dominance Jesuit showed against Sheldon has been a common theme throughout the season. The Marauders have done a good job spreading the ball around which is evident in the large number of players who have scored goals in the six games they’ve played this season.

Will Seargeant ’22  leads the team with four goals and Anthony Alvarado ’21 is second with three goals. The team also seems to have a bright future as Kaleb Afsari ’23 is tied for third with two goals.

The Marauders will look to continue their undefeated season when they play Cosumnes Oaks High School for two games this week. The first of the two games is on Tuesday, May 4, at 5 p.m.