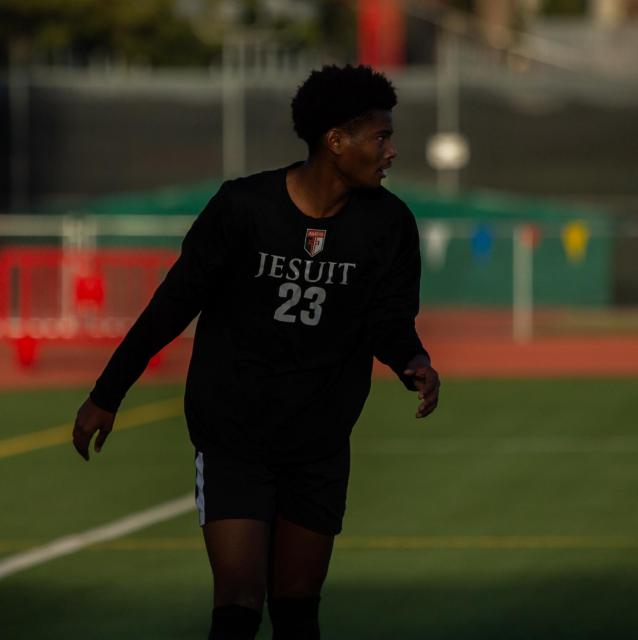 The result marks Jesuit’s second win after the team was victorious against Christian Brothers High School in the season opener. Rio falls to a 1-1 record with its win coming from a  2-1 victory over Folsom High School prior to facing Jesuit.

The game’s only goal was scored by Jesuit striker Elijah Beverley ’21 off an assist from Zach Lozano ’20 in the first half.

Due to the darkness, the game was called off with about 13 minutes remaining as the field had no lights

According to Julian Churchill ’20, both the offense and defense showed effort and followed their assignments.

“I think our defense and midfield worked extremely hard to stop Rio’s offense who was very quick and skilled,” Julian said. “Our offense did a really good job of counterattacking quickly to tire their defense out, too. I think a lot of players stepped up to fill in for other people who were injured, and now we know how much we can rely on other players.”

Chris Meyers ’20 believes his team’s energy was the key to success.

“We stayed organized and kept our energy high, which made it tough for them to get any great chances on us,” Chris said. “As a whole, everyone did their job, and it paid off for us in the end.”

Despite the win, Elijah Beverley has this to say about the team.

“One thing we can take away from the game is playing team soccer and trusting in one another,” Elijah said.

The Marauders travel to Cordova High School to battle the Lancers this Tuesday, Dec. 10 at 6 p.m.