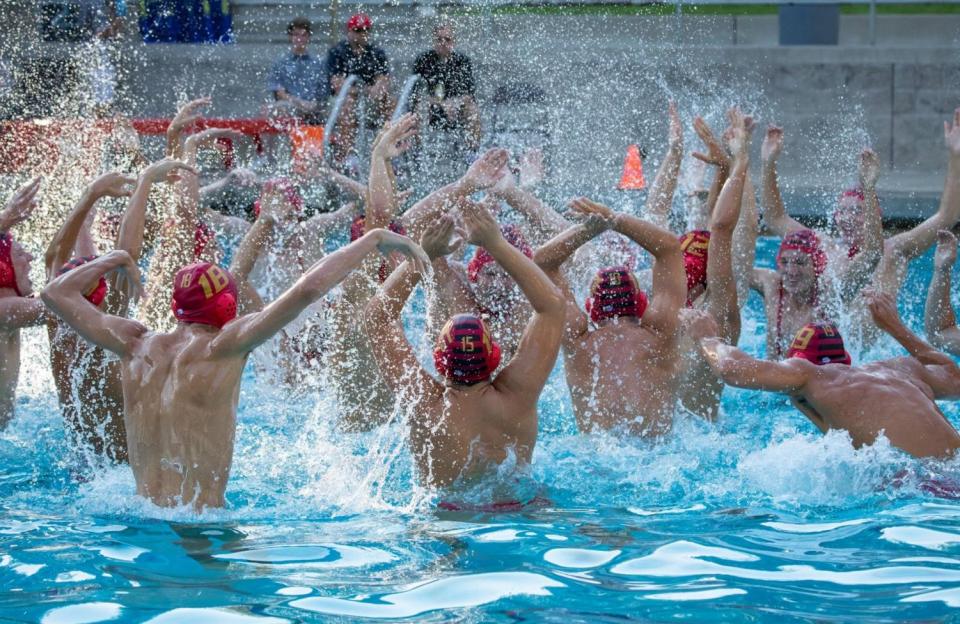 In the final game of the regular season, the Jesuit High School Marauders won the Delta League Championship with a 5-4 win over the Davis Senior High School Blue Devils at American River College on Tuesday.

It was Senior Day for Jesuit as the team’s nine seniors, including team manager Austin Fitzpatrick ’20, were honored before the game.

Following the pre-game introductions, Ivan Soshnikov ’20 led Jesuit’s attack with three goals on five shots and scored the go-ahead goal to seal the victory for the Marauders.

Jesuit’s offense kept the team in the game, and at the same time its defense excelled, holding DHS to four goals, the lowest they have scored this season.

“We scored goals, but we also had a great defensive effort against Davis,” said team member Joey Holloway ’20.

Jesuit’s defense was led by goalie Niko Tambornini ’21, who blocked 10 of DHS’ 14 shots. Niko only allowed one goal in the second half of the game.

“Niko helped get a bunch of key blocks including a penalty shot that helped us beat Davis by one point,” said team member Aaron Chapman ’21.

After defeating DHS, Jesuit will play its first playoff game next Wednesday, Nov. 6. For further updates about the playoff game, follow @jesuitplank on Twitter.