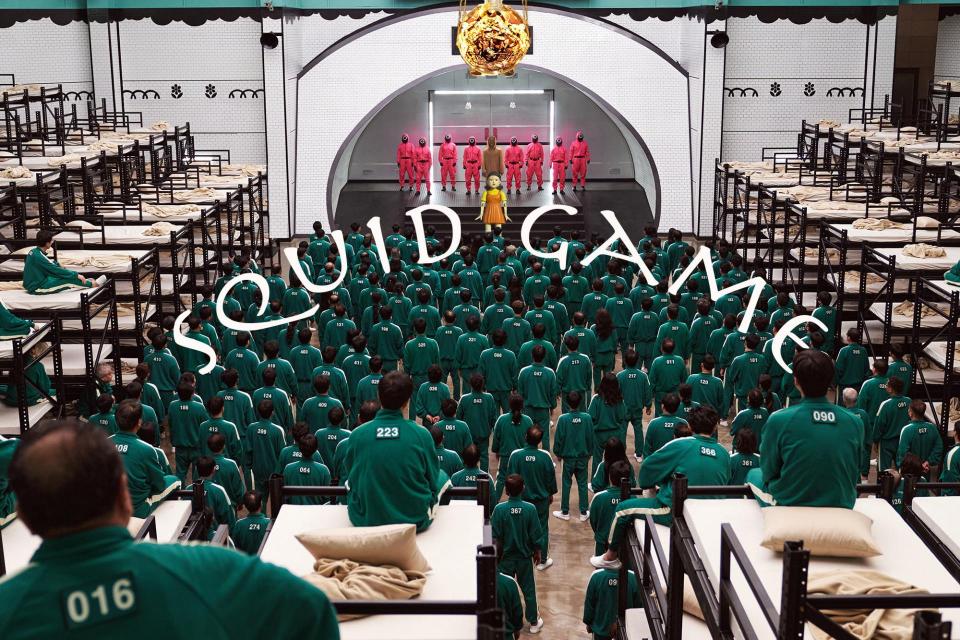 “Squid Game,” the South Korean hit Netflix series was released Sept. 17, 2021. “Squid Game”is about a small group of wealthy elites kidnapping and coercing the poor in South Korea, who are in grave debt, to compete in life-and-death versions of popular children’s games. “Squid Game” dystopian themes  incorporate many of the contemporary real world problems that the world faces today.

U.S. History, A.P. U.S. History, and Holocaust teacher Mrs. Mary Friedman, says that one of her own students mentioned it to her and that was what got her interested in watching it.

“Someone told me, actually one of my students told me, that it really hit on a lot of the issues that we talk about in Holocaust when we talk about human nature; and that’s when I found out it was a scripted show,” Mrs. Friedman said.

“Squid Game” has proven to be an extremely exciting and addicting show. Having binged “Squid Game” twice already, Mrs. Friedman reveals just what about the show had kept her so invested.

“I wanted to see what the next game was going to be for sure, but I was really intrigued with the characters,” Mrs. Friedman said. “I wanted to know what was going to happen, knowing that really you got one winner.”

Sebastian Velasquez ’22 watched the show within the first week it was released on Netflix with his parents. Sebastian, like Mrs. Friedman, claims that the characterization in “Squid Game” was the element that kept people watching.

“I thought the character development was really good,” Sebastian said. “That was, I think, the best part about the show. Yeah the games were a big part of it, but it was the characters that kept you watching.”

Sebastian’s favorite character had been the least favorite among most people. Sung-woo, who had proven to be a ruthless competitor in the games.

“My favorite character is Sung-woo, just because he’s the most realistic one there,” Sebastian said.

“Squid Game,” while residing within the very explored genre of Battle Royales, goes beyond the norm and doesn’t shy away from exploring the outside world as opposed to many other titles under the same genre.

“I loved how it was a series on Netflix, whereas death games and movies – they don’t really have enough time to really explore the plot and outside the death game,” said Jacob Maulino ’22. “So, it being a series, really brought in new lights and a deeper plot and setting.”

“Squid Game,” for many people, goes further than just providing entertainment. Mrs. Friedman believed that the show targeted several deeper themes that are rooted within our society.

“The show definitely was a dig at capitalism, a commentary on greed, and it really was a condemnation of toxic individuality,” Mrs. Friedman said. “And I think that’s what they were trying to get through.”

The show had lots of meaning in terms of an individual’s financial situation. Jacob believed the message from the creators to the audience was a harsh notice of the global lower class struggle to stay afloat in society.

“Squid Game,” being able to deliver special meaning to all three interviewees, received a rating of 9/10 from all of them. In particular, the group selected episodes one and six as their favorites of the entire series. Overall, “Squid Game” definitely delivered an interesting subject to talk about here at Jesuit.