Where is Jesuit Spirit? 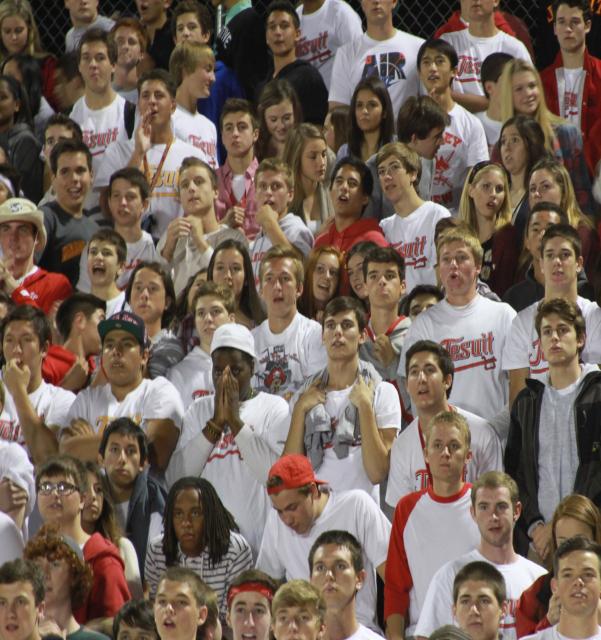 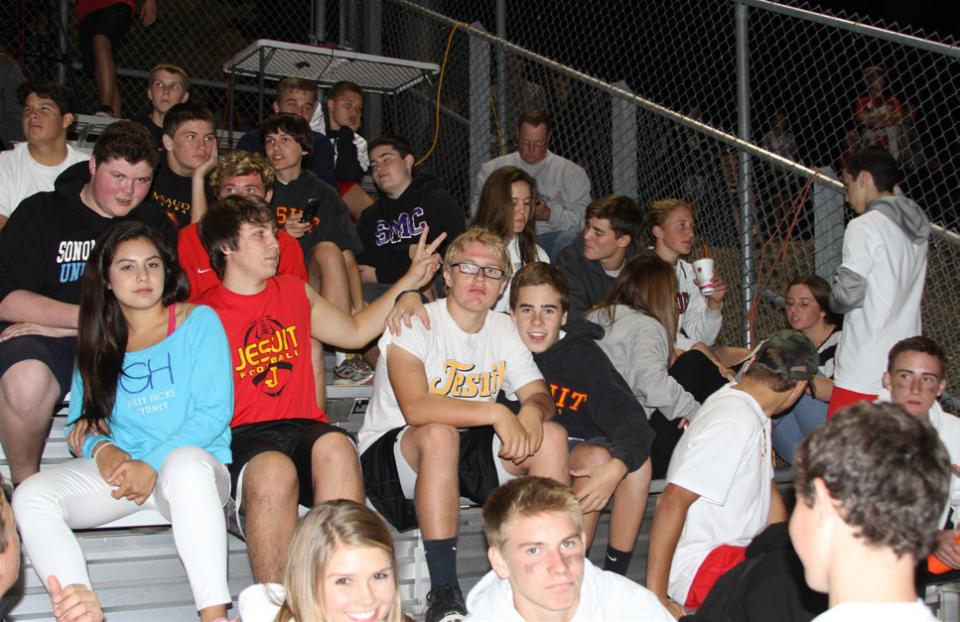 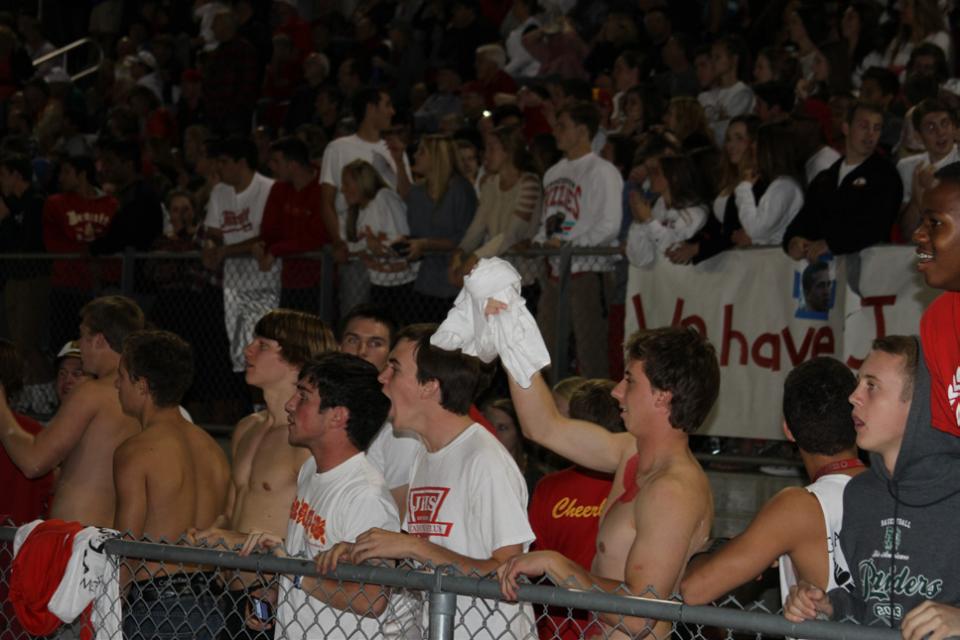 I went to the Jesuit-Folsom football game last night with some Jesuit alumni and a friend of mine who went to a Catholic high school in Southern California. The game was probably the biggest game that Jesuit football has played in years. Number 1 against number 6! The crowd was huge and the Jesuit cheering section was hundreds strong. But there was something seriously lacking.

During the game, my friend from LA said to me, “I thought Jesuit was supposed to have an awesome cheering section.” Then I could hear from across the field, the Folsom cheering section shouting, “We can’t hear you.” They were absolutely right. We were sitting right next to the Jesuit cheering section and they were doing nothing. This forced parents and fellow alumni to step up in a futile attempt to get some cheers going. But really?

What’s going on with the cheering section? I graduated Jesuit in 1980. During my time at Jesuit, we cheered loudly and aggressively at every game – EVEN Saturday football games and away games. The section was all boys back then and we were active. We yelled the Marine Corps cadence. We sang Green Acres and the Beverly Hillbillies theme songs at opposing teams. We heckled other teams and got in their heads. We did the Triple-J. We got our mojo working and we yelled the Raisin Bran commercial amongst other things. Why? – Because we could and we did it even when the teams weren’t doing well and they were losing. We had fun and understood how important it was to support the team. So you can understand how disappointing and embarrassing it was to see such a lifeless, unsupportive cheering section last night.

Hundreds of students made the trek to Folsom last night, sat in the Jesuit section and only a few cheers could be heard the entire game. Perhaps it’s the distraction of having girls in the section, the cell phones that keep heads down in a preoccupied state or a misunderstanding of what it means to be a Jesuit student sitting in the cheering section. I actually heard one student say to another “Hey, you made it to a social event.” A social event – Really? As a student of Jesuit coming to a football game, you are there to work, to support the team, to yell until you have no voice left, to show our fight to the other school.

Folsom beat us on the field and in the stands. Never let that happen again. Don’t let the flame die out! Go Big Red!

Editor’s Note: Concerning this Opinion-Editorial page for this issue, I feel some might be concerned about the views expressed, particularly that of Jack Sevey ‘80. Sevey emailed us asking that his letter be published, and while his opinion might not be popular, we felt compelled to publish this excerpt. We view it as a challenge to be the best that we can be, and worth sharing. We hope you respect his criticism in a similar manner.