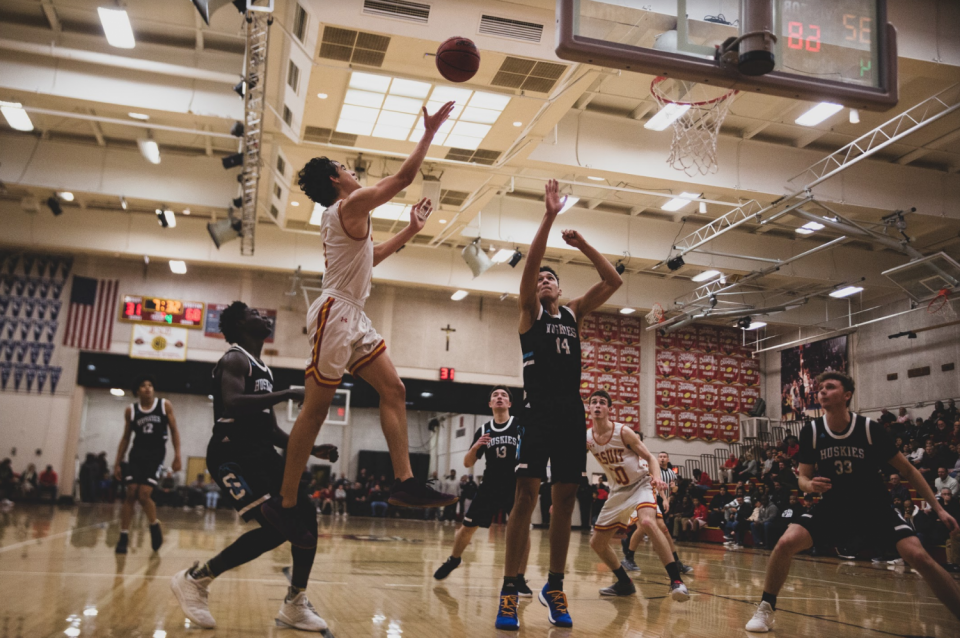 With a chance to compete against basketball programs from multiple states and countries, the Jesuit High School Marauders will host the 46th annual Fr. Barry Christmas Classic  Thursday, Dec. 12 through Saturday, Dec. 14.

While Jesuit hasn’t won its own tournament since 2013, this year could be different. The Marauders have started the season with a 5-0 record and were victorious at the Wild West Shootout Tournament in Reno, Nevada, last week.

Jesuit’s success is largely thanks to the play of four-star recruit point guard Isa Silva ’21. Isa began the season on fire, scoring 40 points against Woodcreek High School and winning Tournament MVP at the Wild West Shootout.

“He works incredibly hard,” said Varsity Basketball Head Coach Tim Kelly. “His biggest area of improvement from last year has been his defense. Isa is good enough to impact all areas of a basketball game and a basketball program.”

Isa’s abilities have granted him attention in Sacramento, but he isn’t the only talented player in this year’s tournament. Juniors Obinna Anyanwu, a 6-foot-7 power forward from Cathedral Catholic, and Archbishop Mitty point guard Mike Mitchell Jr. are two notable players to watch.

“We need to translate how we play in practice and our intensity in practice to the games,” Chris said. “Everyone needs to play their role and perfect it.”