Marauder Minute – Spring Sports Updates and Athletics News As our Marauders wind down their regular sports season, here is an update on our spring sports and the CIF-SJS playoff contests happening this week

But first, a special thank you!

With eight sports in play, the campus facilities are bustling. Jesuit Athletics would like to send a huge ‘THANK YOU’ to the Buildings and Grounds staff for all of their work. We would not be able to run our program without their service and attention to our fields, grounds, decks, and gymnasium.

Behind the scenes, the Athletic Department staff keeps our sports moving. The entire staff does a great job with our programs, and your work does not go unnoticed. We can operate efficiently, safely, and competitively and give our student-athletes the support they deserve because of you.

Last week, the team wrapped up the regular season with a 13-5 Delta League record, finishing 3rd. At home, the Marauders were awarded the #6 seed in Division 2 and will host #11 Armijo today, Tuesday, May 10. The game will begin at 4 PM. Tickets are available online at GoFan.co

The Delta League Champions competed yesterday in Division 1 at Elkhorn Golf Course in Stockton. Finishing 2nd, the Marauders now advance to the Masters competition next week with a spot at Norcals on the line. The top 3 finishers in the section will advance. Brady Siravo ‘22, Mason Benbrook ‘22, Matthew Miyamomoto ‘24, and Edgar David ‘24 made All-Delta League.

Even with the Marauders LAX hosting home games at Cristo Rey High School due to Jesuit Stadium’s turf closure, the program took home the inaugural Delta League Championship. They qualified for North Coast Section playoffs as the #9 seed but lost to #8 Monte Vista in the first round last week.

After hosting Delta League Championships at Jesuit on less than 48 hours notice due to a pool issue at American River College, the program continued to advance and traveled to Sectionals at Tokay High School this past weekend. The Marauders, competing in D2 due to CIF enrollment regulations, still outscored every other school in all divisions by 51 points. With 313 points, our team scored the most points a Jesuit team has since 2005. All three relays qualified for CIF State along with Henry Adamson ‘22 (50 Free, 100 Breast), Brady Calkins ‘25 (200 Free, 100 Back), Jack Kimmelshue ‘22 (100 Breast), Logan Irvine ‘24 (100 Fly), and Cruz Silva ‘23 (Diving).

Next week, Marauder Rugby will head to the High School Rugby National Championships in Indiana for the first time since 2019. We are very excited that this group of young men will experience this tournament as many other Marauders have been able to over the past 25 years of the Rugby program. Jesuit has won the high school championship six times since 2008.

In the Delta League, the team came second to Davis and received a #5 seed for playoffs. After wins in the first two rounds against Kennedy and River City, they will face Davis in the Semifinals on Wednesday, May 11. The match will start at 4 pm at Davis HS.

The team has had a tremendous regular season, finishing undefeated in Delta League and having great showings at high-end tournaments.  They were given the #2 seed in Division 1 for playoffs. During the first two rounds of playoffs last week, they didn’t drop a set, winning games vs. Lodi and Folsom. Today, Tuesday, May 10, at 7 pm, Jesuit will host Whitney, the defending Sierra Foothill League Champion. The first 25 students at the game will receive a free playoff t-shirt in honor of Suicide Awareness. Volleyball is led by Delta League MVP Colin Marks, ‘23, and several other All-League performers. Tickets are available online at GoFan.co.

We appreciate your support of Marauder Athletics. Go, Big Red! 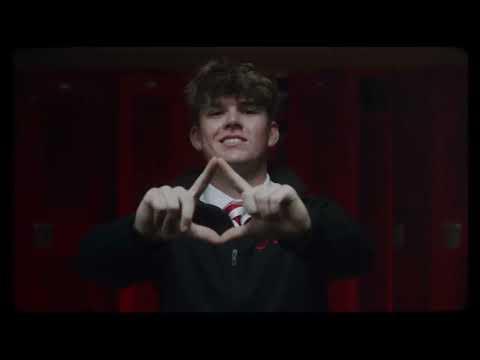 Taking it to the next level! 2 out of 3 students play on a team...here are a few competing in fall at the college level

These Marauders joined an elite pool of high school athletes who signed their letters on the same day at ceremonies across the country. On average, only about 4% of high school students will go on to play a college sport annually. “Ultimately, the development of each student’s character is at the heart of what we do at Jesuit, and participation in athletics is a powerful instrument for this goal. As these student-athletes now continue their sport at the collegiate level, they are prepared not only to thrive but to excel—on the field, in their classes and as Men for Others,” said Athletic Director Hank Weinberger. 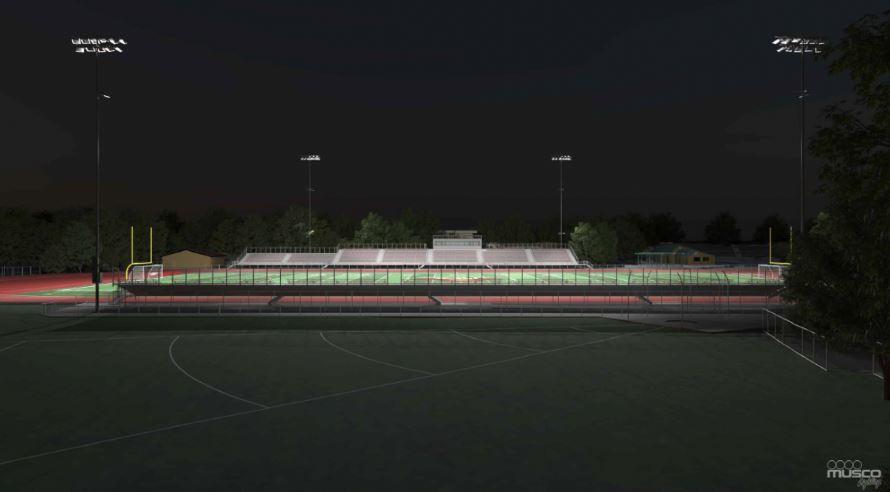 To protect players and spectators and make the best use of school facilities, Jesuit High School has applied to the County of Sacramento seeking approval for a Use Permit Amendment to install state-of-the-art lights in the stadium. The need for lighting has become increasingly evident due to the extreme late summer and fall heat, particularly for football, causing stadium conditions that present significant health risks for players, event participants, and spectators.

The proposed lighting technology eliminates light trespass and has been reviewed and certified by the International Dark-Sky Association to respect neighboring residents. Moreover, with an emphasis on moving our home football games to Friday nights, away from competing weekend daytime campus activities, will relieve traffic and reduce parking intrusion into the surrounding neighborhoods. 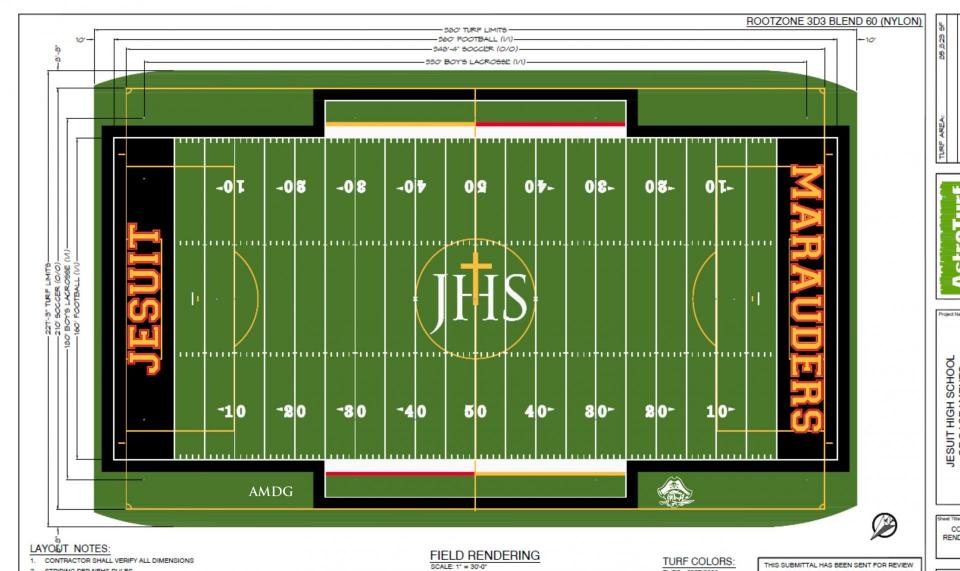 After not having use of home turf for the end of the winter soccer season and all of the spring season, we finally have some great news on the warranty replacement – work is beginning this week. AstroTurf will be on-site starting demolition of the top layer and other work over the next 4-5 weeks to complete the project, which will see a new surface and graphic field design. 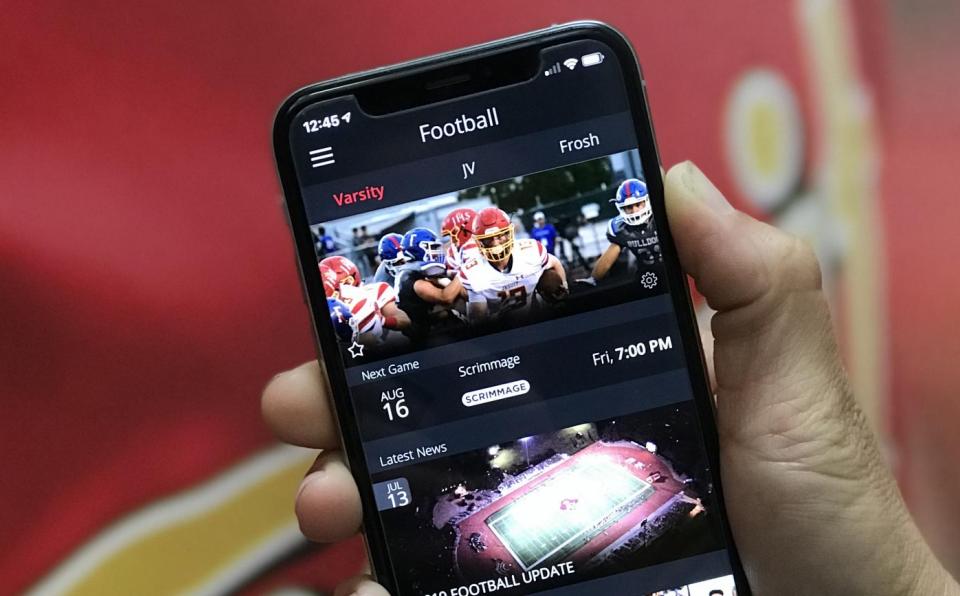 Download the Sports App! Don't miss another moment when you have the Jesuit Sac app

Download the official “Jesuit Sac” app from the store to view: