Everything you need to know: Women of Jesuit unpack the right to vote a century post 19th Amendment 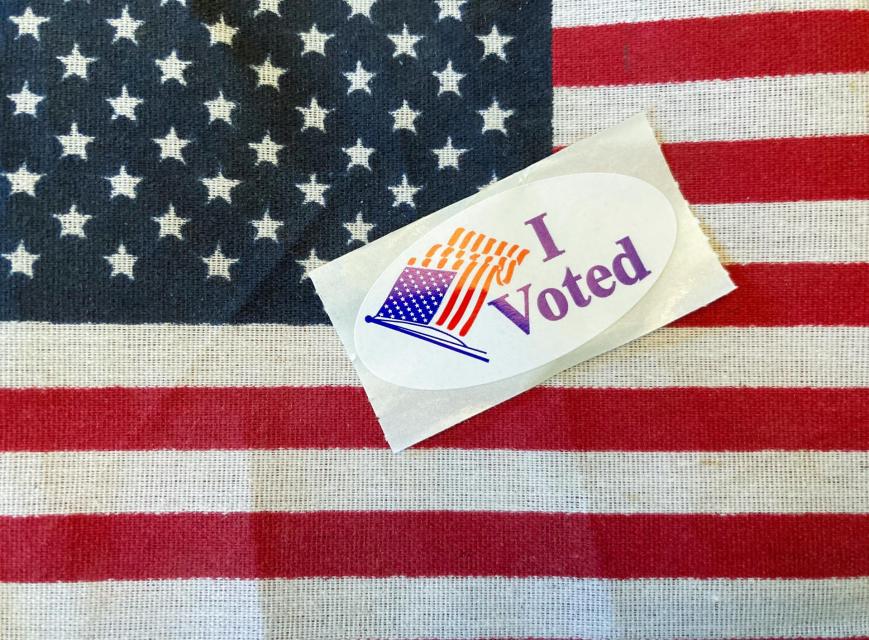 The following is a part of a series of articles written around women’s voices on campus at Jesuit High School Sacramento. This is the first in the series. This is about the 19th Amendment, its nuances and implications, and what its history means to women today.

100 years ago these words were inscribed into the U.S. Constitution following the ratification of  the 19th Amendment — a testament to the women’s hard-fought victory for the right to vote, marking a milestone in the fight for equality.

Now, a century later and a week before the 59th presidential election, we asked some of the women at Jesuit High School Sacramento to reflect on the historic moment and what it means to have the right and power to vote.

When looking back at the landmark achievement, faculty members remember the preceding work that led to women’s suffrage. Junior-Level Coordinator for the Office of Service & Justice Ms. Katie Maynard makes an important distinction about how the 19th Amendment came into effect and speaks on the motivations behind the movement.

“As I reflect on the 100th anniversary of the passage of the 19th Amendment, I am reminded that women were not given the right to vote — women across our country fought for and won the right to vote,” Ms. Maynard said. “The women’s suffrage movement encountered strong opposition every step of the way, and yet when we look at their writings, their advocacy, their marches, their hunger strikes and their petitions, we find an incredible and deeply devoted desire to change the world for good.”

Media Arts teacher Dr. Katherine Madden details the lengths that were undertaken in order to obtain the constitutional right.

“We can never lose sight of how much was sacrificed by the suffragists so that women today can cast their vote and have their voice heard,” Dr. Madden said. “These women (and some men!) went on hunger strikes, were force-fed, were ostracized from their communities for being regarded as ‘unladylike,’ and were even tried in court.”

Dr. Madden also acknowledges that women of color were not given the same right until much later in history and gives criticism on the strategies used to achieve the women’s vote.

“It is important to celebrate the Suffrage movement, but it is also exceptionally important that we do not forget that the movement was fraught with racism,” Dr. Madden said. “Elizabeth Cady Stanton and Susan B. Anthony used racism to gain favorability for their movement from southern lawmakers. They made the argument that white women should be given the vote to out number a male minority vote to retain white supremacy. In this national moment of racial reckoning, we need to celebrate the achievements of the suffragists but also learn from their egregious mistakes.”

Math teacher Ms. Kimberly Pell explains the different ways women of color were excluded from the right to vote, actions that are still affecting people today. She cites that the 2013 Supreme Court landmark decision of Shelby County v. Holder is mostly responsible for this with the partial undoing of the 1965 Voting Rights Act.

“From Jim Crow-era poll taxes and literacy tests to the surging efforts we see today to keep the poor, who are largely people of color, from voting, it is hard to say that all Americans have an equal opportunity to exercise this most fundamental aspect of our democracy,” said Ms. Pell. “I am extremely concerned about ongoing efforts on the part of many states to purge voter rolls, pass voter ID laws and limit absentee voting.”

Ms. Maynard recognizes the women that are not as often associated with the movement and how their presence and action have added to the examination of nuances and relatedness of identity.

“[A]lthough we may be most familiar with the work of Susan B. Anthony, Alice Paul and Elizabeth Cady Stanton, there were many women of color who fought for this right as well,” Ms. Maynard noted. “Women such as Mary Ann Shadd Cary, and Mary Church Terrell, whose suffrage movement grew out of a broader struggle for basic human and civil rights … And so today, we are called to an intersectionality: for women of multiple races, ethnicities, and perspectives to broaden the struggle, and for their voices to be raised up as one.”

Spanish Teacher Ms. Teresa Herrera acknowledges that women have achieved significant ground since when the right to vote was won, but notes that gender equity is not present across all fields.

“When I reflect on the 100th anniversary of the 19th Amendment, I am astonished how far women’s rights have progressed in a century,” Ms. Herrera said. “However, I am then brought back to the realization that women have gained some important ground in many areas, but not enough, for example, the presidency, high corporate positions, in the fields of science and technology. I hold much hope for young people to continue to break down gender barriers and fight for equity.”

A week out from the next election, women give reasons for why it’s important to exercise voting rights.

“Being able to vote means that I have a way to contribute to the direction of my government and, thus, my society,” Ms. Pell said on the subject. It is important to me because it is one of the best ways I know of to create the sort of community that I want to be living in.”

Theology Department Chair Ms. Annie Crew-Renzo relates voting as an action in reflection of the American spirit and something that is not limited to one group.

“I think that the exercise of our franchise by all citizens is very much in the spirit of the founding documents of our country and a tremendous privilege and responsibility,” Ms. Crew-Renzo said. “I am teaching my daughter and my sons the importance of being an educated voter and active citizen. Though women by no means vote as a single block, politicians court the votes of women of all ideologies because we are citizens and can influence and participate in the life of this country.”

Dr. Madden states the dual meaning that the privilege of voting has for her as it connects to the events that transpired a century ago.

Ms. Herrera shares that being an active participant in democracy was something that left a lasting impression on her from high school.

“I have always viewed my ability to vote as an immense civic responsibility,” Ms. Herrera said. “I learned this lesson in high school, when my civics teacher ingrained in us the importance of not only voting, but making a commitment to civic awareness of our institutions and political leaders, always prompting us to engage and be informed of these responsibilities.”

Ms. Maynard gives her final takeaways from what has been achieved, her personal role, and where to go from here.

“Lastly, I am reminded that our work is not done,” Ms. Maynard said. “As a mother of three young girls, I see their ambition, their goals, and their aspirations, and I have hope for their future. I am committed to identifying my own positions of influence, and will encourage my daughters to do the same, because in my life, I have seen the importance of women’s voices being in ‘the room where it happens.’”

While the 19th Amendment was a significant victory for women, some of its troubling broader implications with racial exclusion are not to be forgotten. Even with a century removed from its implementation, the journey to equality preserves onward. With a week shy of the 2020 election, voters can exercise the privilege, the power, the freedom, the responsibility, and the right, to vote.