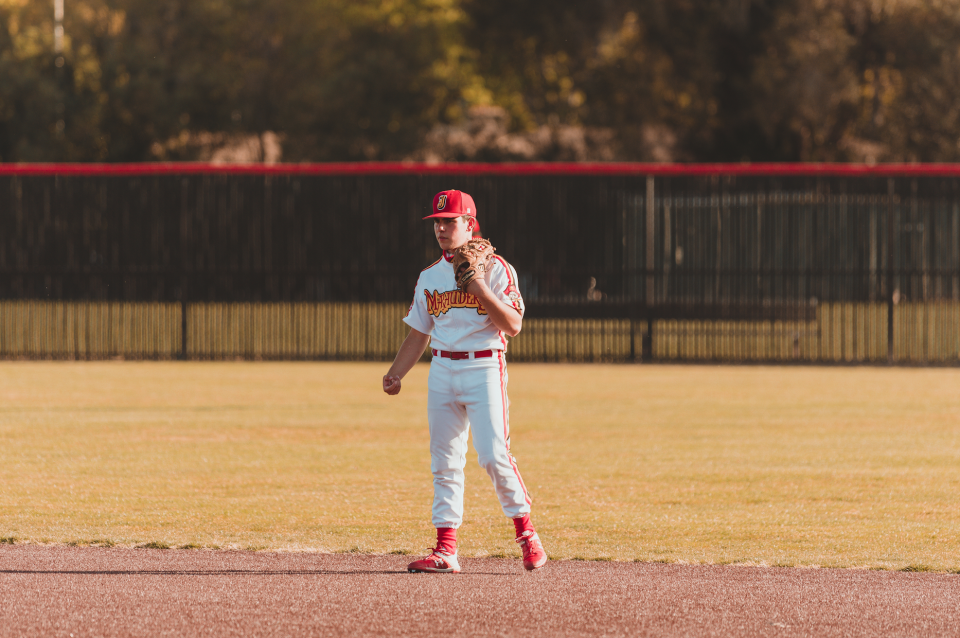 Closing this series with two wins out of three games, Jesuit improved its league record to 8-7 — now holding down the fourth spot in the Delta League.

While it was a team effort, one notable performance came from Jesuit first baseman and pitcher Devon Walczykowski ’21. In the series, Devon went four for eight from the plate, drove in five runs, and hit a home run.

Devon also did some damage on the mound as he pitched five innings — allowing only one run and striking out five hitters in the second game of the series. Unfortunately, Jesuit lost that game as its offense went cold and the bullpen allowed two runs after Devon was taken out of the game.

Devon reflects on the series — stating that the first game was Jesuit’s best game offensively, but pointing out how the hitters struggled to get on base during the final two games.

“Our team played a great game on Tuesday,” Devon said. “We did very well offensively facing a good pitcher. [In] the other two games, we struggled offensively but our starting pitchers did great. It wasn’t our best series but we still managed to take two of three games.”

Another player who performed well in the series was Jesuit left fielder Nick Little ’21, one of the only hitters, aside from Devon, who didn’t struggle against Davis.

Nick got hits in each of the first two games and collected an RBI in the first game after hitting a sacrifice fly ball that scored outfielder Carsen Keim ’21.

“I felt good at the plate,” Nick said. “As for the team, we faced some good arms, but we competed. Our pitchers did a good job keeping us in the game.”

As Nick points out, the pitching staff put together a solid performance against Davis. This can be seen as none of Jesuit’s three starting pitchers gave up more than a run.

Colton Wuelfing ’21 took the mound for the third and final game of the series. Across five innings, Colton allowed one run and struck out three hitters. He did struggle with command — walking five hitters and hitting another.

Colton reflects on his performance.

“[My outing] was a battle for me,” Colton said. “I’ve struggled with some bicep problems the past few weeks [and I took] a whole week off against Sheldon to try to fix it. My command has not been as good as I usually am. But nonetheless controlling what I can control and just staying mentally positive throughout games has allowed me to battle and continue to be successful.”

With its hitters looking to bounce back and its pitchers trying to remain dominant, Jesuit will go on the road to play Alpha Charter High School on Wednesday, May 19. First pitch is at 4 p.m.