Opinion: Why a small change to our motto would make a big difference 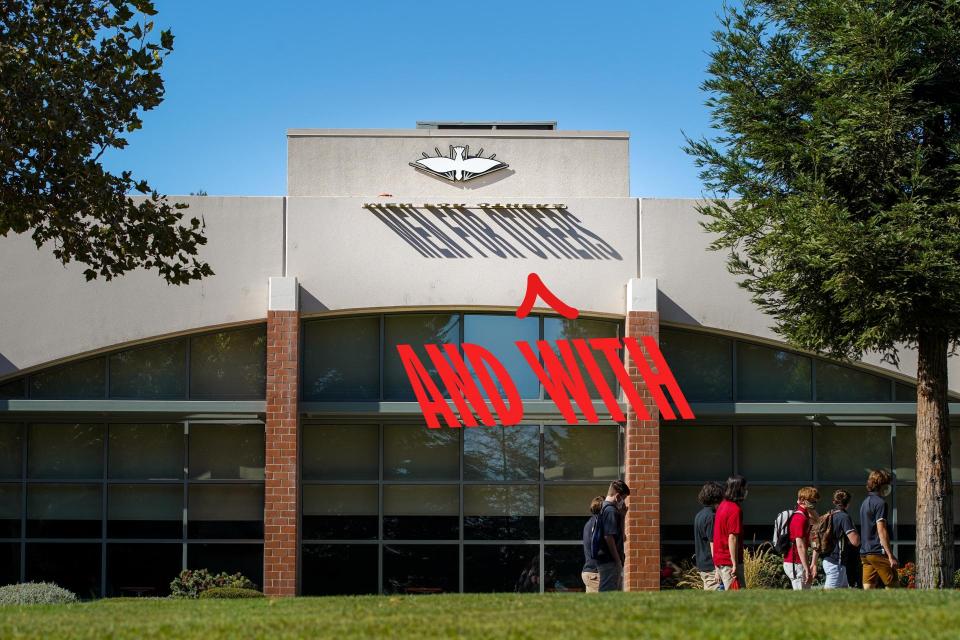 Our motto, “Men for Others,” symbolizes brotherhood and community — the responsibility of asking not what you can do for yourself, but what you can do for others. While serving others is certainly an integral component for any community, we also must follow our calling to stand in solidarity as an act of justice, peace, and understanding — to be with one another. So, why not change our motto to “Men for and with Others?”

Of course, this motto is not unique to Jesuit High School Sacramento; it is a shared message at Jesuit schools and institutions across the country and with that, there is well-earned respect, sacredness, and tradition. It is arguable that the “with” has always been implicit, but in a year where silence and implicitness have only highlighted shortcomings and division, it becomes imperative that our shared mission be explicitly known.

While “Men for Others” is certainly a well-intentioned sentiment, boosting the idea of serving others, the phrase has an aspect of charitableness to it — which is not bad — but can connote a sense of “us” versus “them.” Whereas “Men for and with Others” reveals a deeper truth about brotherhood, the state of not only serving each other, but being with each other. The idea that we are on the same ground, no one better or above. Being with each other highlights solidarity, kinship, love.

Our Grad-at-Grad mission states that a Jesuit student will be open to growth, intellectually competent, religious, loving, and committed to doing justice. An encompassing aspect of those values is the ability to stand in solidarity and kinship. A great leader and man for and with others knows that there is a time to speak and a time to listen and that support is not always and only about action. Support is the humility and recognition of the moment and meeting that moment where you are.

This became especially important in this era of racial reckoning. Since May, our country has been in a state of racial unrest and the call to stand with others in solidarity became louder than ever. A part of that dialogue was the awareness of privilege and how privilege can divide, a moment when being with others was an expression of being for others. In a moment like this, action is not done for others, but done with others; there is strength in solidarity.

Doing acts of grace with others embodies an experience, the process of undergoing a journey — that is what life essentially is — a journey of accompaniment. It is why community is beautiful. We are all limited, we don’t have all the knowledge or answers by ourselves we are destined to be with each other, to work together — no one achieves anything alone.

So why not “Men with Others” if the phrase “for Others” can be construed as condescending. On the contrary, “for” and “with” are complementary to each other, creating the whole picture. Sometimes we need to act “for” one another, and other times we need to stand “with” each other and listen. It’s mutuality in relationship, one that our faith and values cause us to enter into.

Jesus, the God-man, acted as a man for and with others. At times, Jesus would assist others in acts of direct service — the feeding of the 5,000 people with only five loaves of bread and two fish (Mark 6:31-44), the healing of a blind man (John 9), and the raising of Lazarus from the dead (John 11:38-44). In other moments, Jesus was with the people, among them in their despair and pain as he was with Martha and Mary (John 11:38-44).

Jesus showed us what our humanity should look like in his human nature. As Father Gregory Boyle wrote in his book, Tattoos on the Heart, “Serving others is good. It’s a start. But it’s just the hallway that leads to the Grand Ballroom.”

So, let our motto be “Men for and with Others.”

Of course, there will always be a reason to delay or deny inserting these two words in our motto: “It’s tradition,” “It’s only a two-word difference,” “It’s implied.” But the truth of the matter is that in our current motto, we are only expressing half of the mission that Jesus inspired us to follow.

While “Men for Others” is certainly a beginning, it is not an ending. Humans are versatile and intricate beings, capable of the ability to help others, and the ability to be with others. Let’s have a motto that fully expresses this reality. History is tradition, but traditions change, and somewhere change has to start; somewhere the first step must be taken. Why can’t it be here?