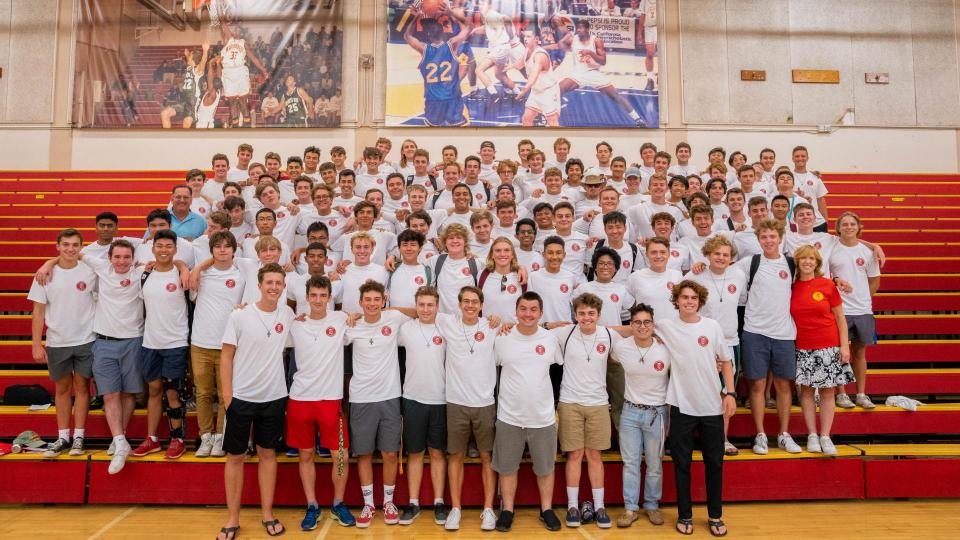 We were tired. It had been a long Saturday, the first day of Frosh Overnight. We had arrived in the morning, before our Little Brothers did. We did our prep work and our activities and our prayers, and the day was finally coming to a close.

All of us seniors were camped out in the quad. Some of us had brought tents, but the late summer heat didn’t reward those who did.

A friend of mine brought an air mattress and offered to share it, but in that heat, I was too reluctant to accept.

Another friend, Nathan Bingham ’20 had brought his Nintendo Switch with a copy of the fun party game “Super Smash Bros. Ultimate.” I told him just one game.

We didn’t even make it through the game. The director of campus ministry and who therefore runs the retreat, Mr. Paul LeBeouf, caught us, rightly worried that we were cutting into our resting time for the second day of the retreat, and made us put the console away.

It didn’t matter though. By the time he had come over, I had already demoralized Nate. In a few short minutes, my character had stomped and kneed two of Nate’s lives away while he made barely a scratch on me. We both knew I had already won. We were just waiting on the game to figure it out.

Nathan claimed that he had no idea what I was talking about when I brought it up with him recently, but a defeat that absolute shouldn’t be forgotten so easily. I should know, considering the memory of my flawless victory energized me the next day as we closed out the retreat.