A star in the making, Darren Baker ’17 looks to finish collegiate success ahead of MLB hopes 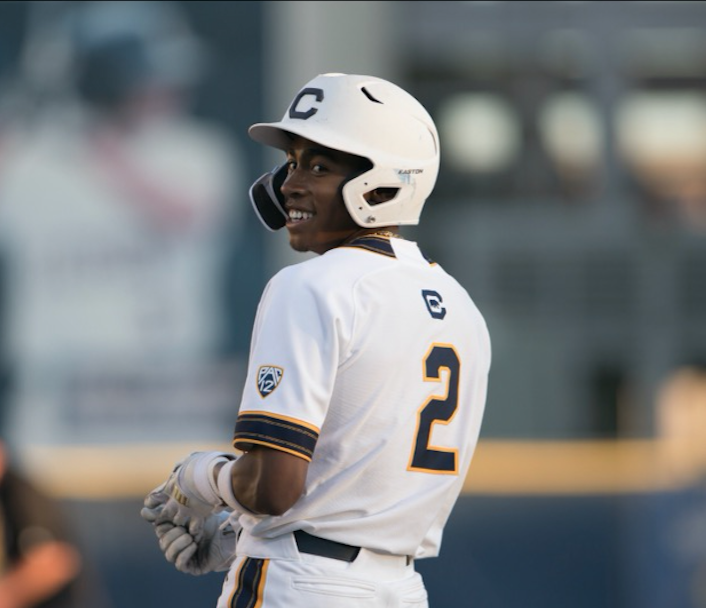 Over the years, Jesuit High School Sacramento has produced a great deal of baseball talent. One of the school’s more recent baseball grads, Darren Baker ’17, is an infielder at UC Berkeley with aspirations of playing in the Major Leagues.

While Darren might just seem like just another guy on a long list of talented Jesuit baseball alumni, many baseball fans across the country already know him.

The Baker family name has been a household name in baseball for decades. Darren’s father Dusty Baker played for 19 years in the MLB and has managed for 23 years and counting. Before the 2020 season, Dusty was hired as the manager of the Houston Astros, who made it to the American League Championship Series despite being the No. 6 seeded team.

Beyond his family’s success, Darren has made a great name for himself on and off the field dating back to his time at Jesuit due to his skill and his character.

“Darren was extremely athletic and possessed an exceptional feel for the game,” Coach Potulny said. “If you watched him play during the course of several days, you would see numerous subtleties that you don’t witness in a typical high school game. His instincts were well beyond his age, possibly the best I have seen in my time at Jesuit.”

The coach-player relationship between Darren and Coach Potulny is special, and Darren is grateful for what he learned from Coach Potulny and attributes the person he has become today.

“[Coach Potulny] is someone I still have communications with to this day and the lessons he taught me on and off the field about maturing and being my own man are things that I use outside of baseball,” Darren said. “The things he taught me in terms of the game are obviously shaped who I am now.”

On the field, Darren is elite in several aspects of the game. At Cal, he was named to the Pac-12 All-Defensive Team in 2019 as a sophomore, in a season in which Darren also had a .306 batting average and stole 21 bases in 21 attempts  — second in stolen bases in the Pac-12. He started all 52 games that season for the Golden Bears, being only one of four Cal players to do so.

Darren got off to a hot start in his junior season, which was unfortunately cut short due to the COVID-19 pandemic. He started in all 16 games at second base and led Cal with 18 hits. Darren also had just one error in 57 total chances.

Currently, Darren is waiting to be able to return to campus at Cal, but he is staying sharp and preparing for when he can get back on the field and compete.

“We can’t be at school practicing right now and the season’s still scheduled to start when it normally starts,” Darren said. “So I’ve really just been on my own. [I] try to get on whatever field I can get on. It’s definitely tough but it’s time to adjust.”

Aside from his physical abilities, Darren is known for his amiable personality, which complements his naturally competitive nature.

“He is a really good person to be around,” said former Jesuit teammate Joe Hagopian ’18. “Always laughing and having a good time out on the field. He made the game fun for everyone around him. We would joke around a lot, but when it was time for the game he could flip a switch better than anyone I knew. He was a real competitor on the field.”

Coach Potulny believes that Darren’s attitude towards the game and personality will serve him well throughout his playing career.

“[Darren was] always smiling and enjoying his time on the field, but is very competitive without wearing it on his sleeve,” Coach P said. “He has the right demeanor for a baseball player that will serve him well for the day-in, day-out grind that is professional baseball. Watching him play in the final inning, you couldn’t tell whether he had three hits and had made two great plays in the field [that game] or if he had struck out twice and had a rough day defensively — not that the latter ever did happen!”

With his father either playing or managing in the MLB for over forty years and counting and the skill that Darren possesses, it makes sense that his ultimate goal on the field is to play professionally as well.

“I definitely want to play at the next level,” Darren said. “That’s been my childhood dream, I grew up around it, so that’s definitely number one.”

Off the field, academics are also a large part of Darren’s life as a student at UC Berkeley. He, as well as his parents, are proud that he will soon be an alumnus of the prestigious university.

“I’m going to graduate next semester [in the] spring semester,” Darren said. “I’ll have my degree which will make my parents very happy.”

Darren also strives to be a man for others through charity work, something that he learned during his time at Jesuit.

“Even though I may be in a different situation [than someone else] doesn’t mean I can’t help someone who needs help,” Darren said. “I try to do different things like GoFundMe’s and feeding the homeless. That got instilled in me during my time at Jesuit.”

Throughout his time at Jesuit and Cal, Darren has grown as a person off the field and as a player on the field. His name will be one to look out for as baseball season hopefully resumes this coming spring where Darren will try to get back to what he does best.